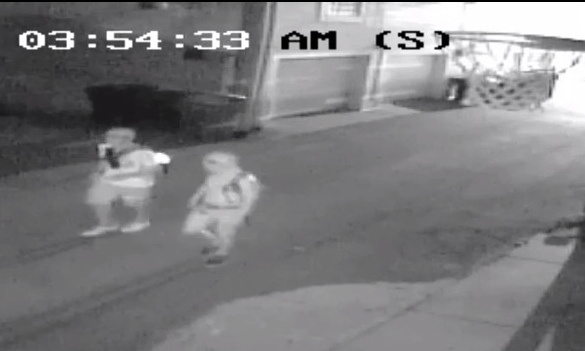 When a Sheffield Avenue house caught on fire at 4AM Monday, no investigation was conducted. Fires in alleys are “not uncommon,” the homeowner was told.

But when DNAInfo Chicago came into possession of a neighbor’s surveillance video from that night, arson investigators were called in.

The video shows two men crouching behind the soon-to-be engulfed home. Sparks of light are visible near them. Seven minutes after the two walk away, the family that lives inside the home was awakened by a smoke detector. No one was injured, but three people were displaced.

• Just two blocks away from Monday’s incident, another fire broke out in an alley on Sheffield earlier this month.

That fire, on the second-floor rear deck of the former Leona’s restaurant at 3215 Sheffield, was also dismissed as not suspicious.

• A garbage can was set ablaze near Southport and Wrightwood at 9:45PM on June 1. In that case, a nearby bar patron reported seeing a man lurking around and circling the block before the fire. The man, whose race is not known, is described as having a medium build, wearing a blue hoodie, and carrying a light-colored backpack.