Boystown resident Scott Montgomery got a good scare when an unknown man played with the lock of his Elaine Place apartment shortly after midnight Saturday.

Montgomery caught images of the man on video. “When he heard more than one voice [inside the apartment] he left,” Montgomery told us.

Friday 11:02PM – A resident of the 1000 block of Cornelia reports that an unknown man entered his coach house apartment and then fled through the alley. The suspect is described as a black man, 5’11” tall, 150 pounds, wearing a stocking cap and a red/black shirt while carrying a bag or backpack.

Saturday, 1:50AM – In the 3400 block of Janssen, a man reports that an unknown person just tried to break in his front door. 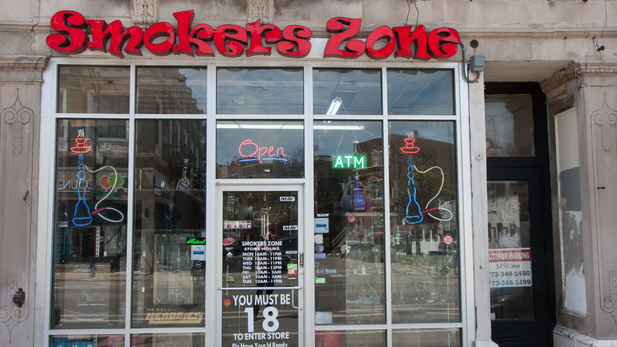 A few more area businesses were targeted by burglars this week, too:

Thursday, 12:38AM – A witness reports seeing a man smash a window and steal display merchandise from the Smokers Zone, 3326 N. Clark. Police confirm the break-in, but the suspect escapes. He is described only as a white man.

Saturday, 6:48AM – A passer-by reports that a grocery cart has been thrown through the front entrance of Pier One Imports at Ashland and Wolfram.