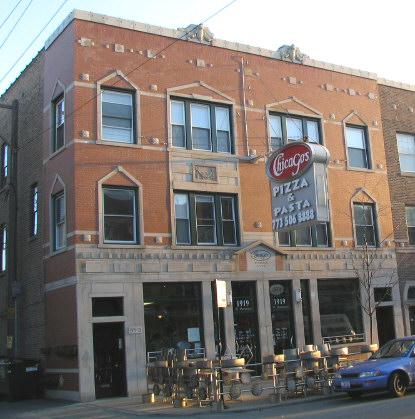 A man was robbed at gunpoint outside of a late-night pizza joint in Ravenswood early Saturday morning. No one is in custody.

Police were called to Chicago’s Pizza, 1919 W. Montrose, a 3:32AM after a man reported that two offenders brandished a small silver handgun and robbed him of about $200 and his iPhone.

The pair was last seen running south through an alley that runs alongside the restaurant.

According to the victim, the offenders were two black men who each stood about 5’10” tall. One wore a black hoodie and the other wore a red jacket. CPD case HY299003.

The robbery scene is about 3 blocks from Chicago Mayor Rahm Emanuel’s home.