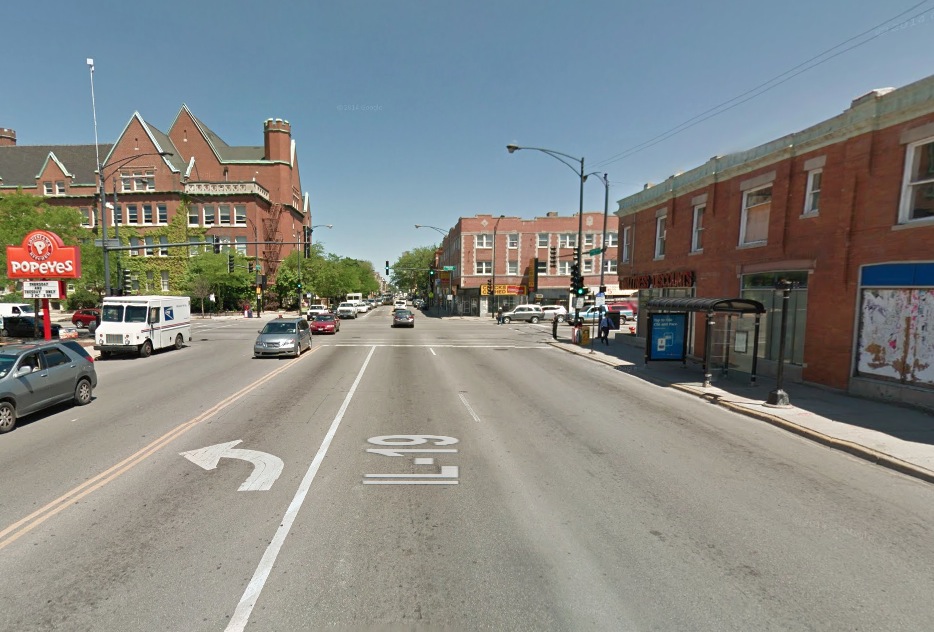 A gunman on a motorcycle opened fire on a vehicle near Lake View High School Saturday evening. A man inside the car was shot in the right arm and his girlfriend suffered injuries from flying glass and debris.

The targeted vehicle continued traveling eastbound after the gunfire, colliding with another car before pulling to a stop at a BP service station on the corner of Irving Park and Broadway.

According to the victims and witnesses, four motorcyclists pulled alongside the motorists vehicle near 1611 Irving Park Road and opened fire at 5:55PM. The bikers escaped southbound on Ashland. One of the motorcycles is described as a red “crotch rocket.”

The shooting victim, identified as either 19- or 23-years-old, was treated at Illinois Masonic Medical Center. His girlfriend was transported to Thorek Hospital for treatment.

Image: Google
———-
Email us.  Facebook us. Twitter us.
About CWBChicago 4363 Articles
CWBChicago was created in 2013 by five residents of Wrigleyville and Boystown who had grown disheartened with inaccurate information that was being provided at local Community Policing (CAPS) meetings. Our coverage area has expanded since then to cover Lincoln Park, River North, The Loop, Uptown, and other North Side Areas. But our mission remains unchanged: To provide original public safety reporting with better context and greater detail than mainstream media outlets.
Website Facebook Twitter YouTube