A small collection of videos from Monday night’s Blackhawks after party in Wrigleyville: 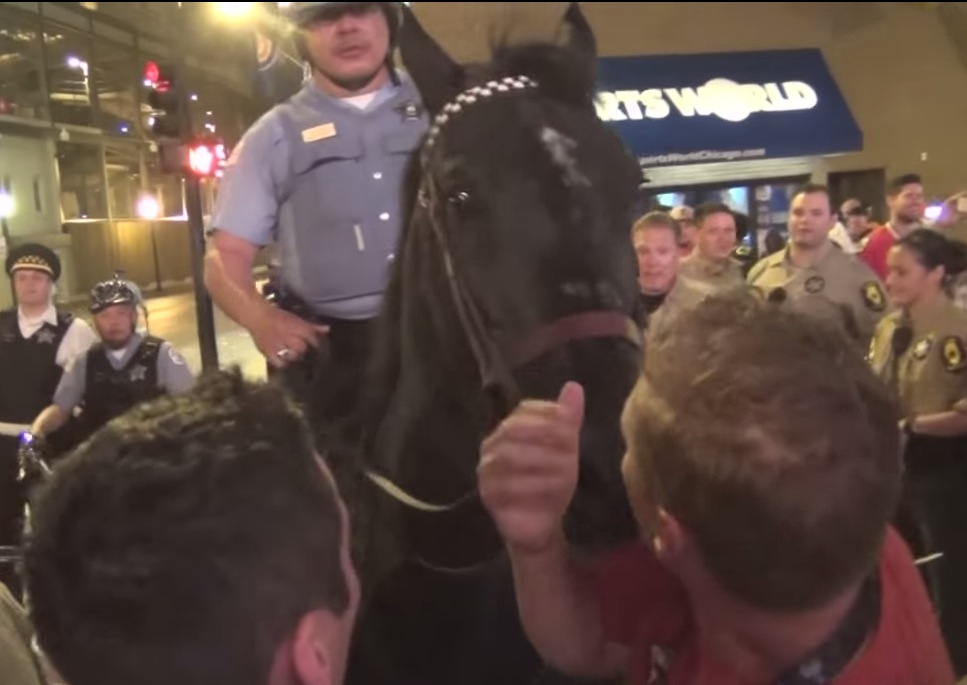 1) That guy just got a juicy wet kiss from the horse.  Good video of the CPD mounted unit from  the1stmikec. (Video HERE.) 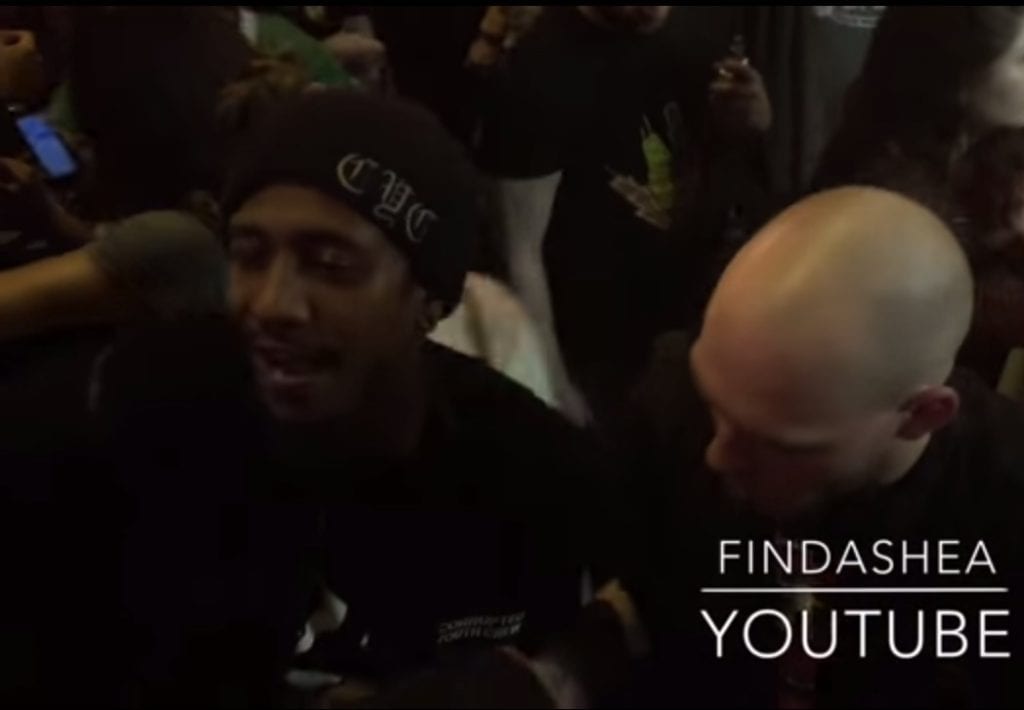 2) A man identified online as Brandon Tillett is taken into custody. In Tillett’s arrest report, police allege that he threw up Conservative Vice Lord gang signs with both hands directly in front of officers and said, “Fuck CPD. Vice Lord nation. I’m a CPD killer,” then punched an officer in the mouth while the cop was down. (Video HERE)
• • • • • 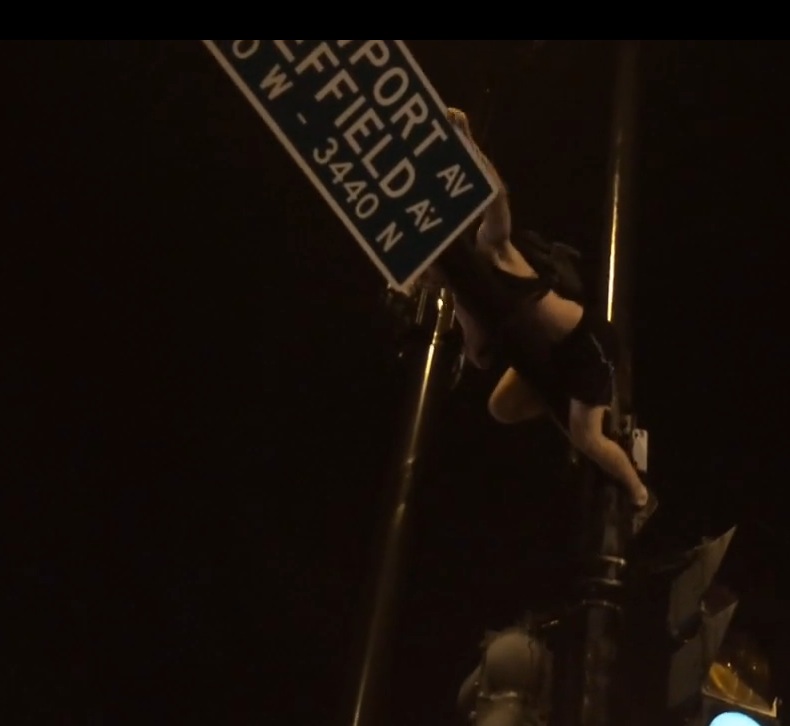 3) After coming down, this guy decided to try to run from police. He and a friend, identified by police as Matthew Torres, are eventually taken into custody. (Video embedded at the TRIBUNE site).
• • • • • 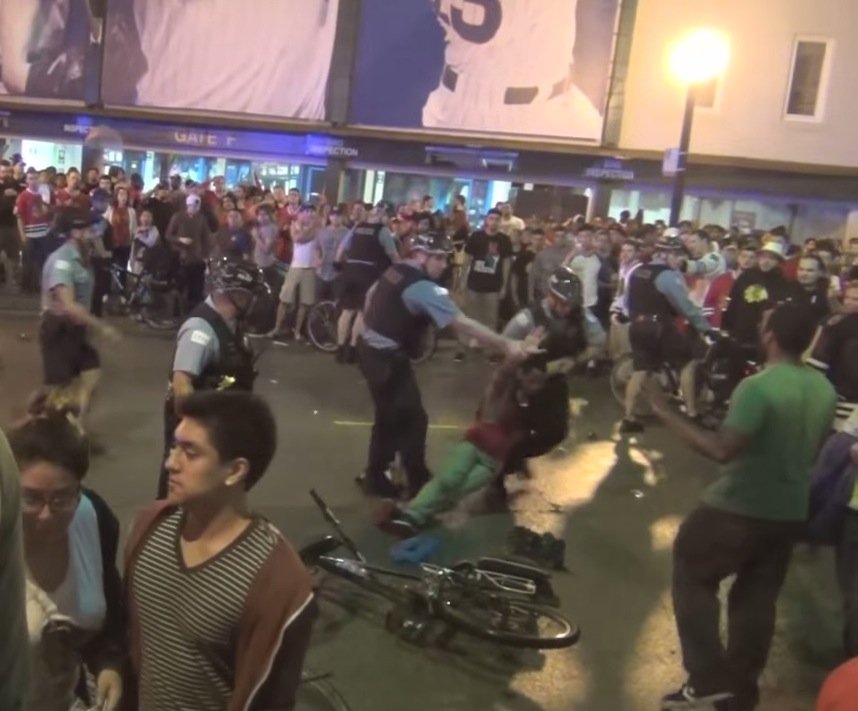 4) Another good vid from the1stmikec. Starts with events related to video #2 above. As for the guy wobbling around at the end, Mike says, “I thought he was being tazed but…the officer had nothing in his hand. The guy was just really drunk.” (Video HERE)
———-
Email us.  Facebook us. Twitter us.
About CWBChicago 4360 Articles
CWBChicago was created in 2013 by five residents of Wrigleyville and Boystown who had grown disheartened with inaccurate information that was being provided at local Community Policing (CAPS) meetings. Our coverage area has expanded since then to cover Lincoln Park, River North, The Loop, Uptown, and other North Side Areas. But our mission remains unchanged: To provide original public safety reporting with better context and greater detail than mainstream media outlets.
Website Facebook Twitter YouTube