It’s party time in Boystown. There’s a lot of fun to be had, but it’s a good time to exercise a little (just a little) good judgment.

A police source we don’t hear from very often dropped us a line recently, suggesting this would be a good time to share some friendly advice—things to keep in mind as you head out into the adult playground, whether it’s for Pride festivities, a night in Wrigleyville, or anytime.

Criminal sexual assault (CSA) is the legal term for rape in Illinois.  Reports of CSAs against men and women in our neighborhood have defied gravity—remaining steady or increasing year-over-year while reportedly dropping elsewhere in Chicago.

Of course, a number of the CSAs that happen in other parts of the city began with encounters in our neighborhood.

A man and woman who ran into Stephane Edouard at a far North Side comedy show one year ago got far more than they bargained for, prosecutors say.

Edouard is accused of taking the pair to his car and offering them lines of “cocaine” that were actually heroin. They both passed out.

Prosecutors say Edouard proceeded to rape the woman after leaving the man for dead in an alley. At the time, the man was a bartender in our neighborhood.

Defense attempts to block the collection of Edouard’s DNA for comparison to other cases have failed so far. Edouard was recently released on electronic monitoring after he won a bail reduction. His case continues to make its way through the court.

Two women who live together in the middle of Boystown this February reported being raped by a Boystown stripper who gave them a ride home.

That night, both women reported to police that the stripper had sexually assaulted them—one in his car, the other in their apartment. No charges have been brought in the case.

Here’s a handout that our local CAPS office distributes to area bars. Its suggestions are worth keeping in mind. Now, let’s have some fun! 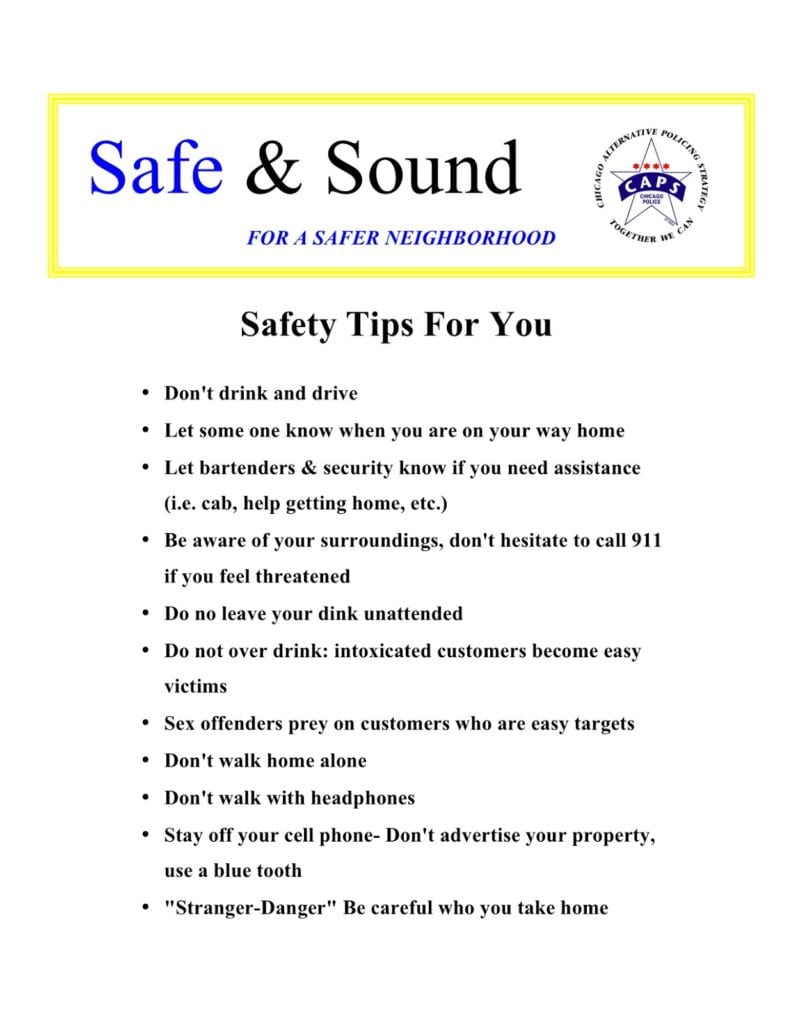