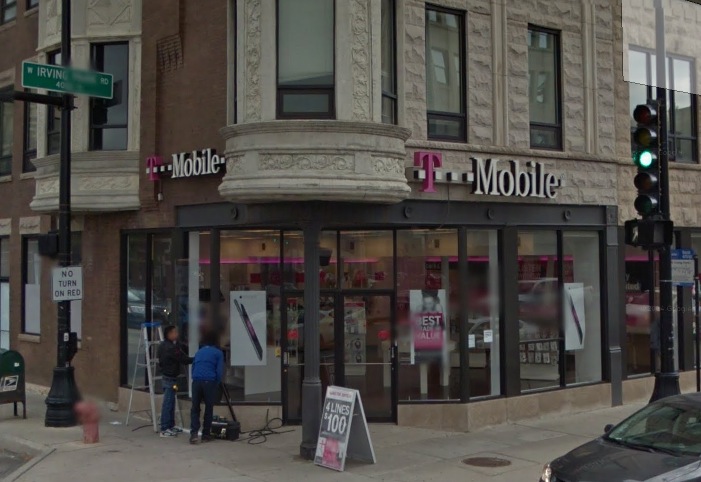 At least 30 iPhones and Galaxy-brand phones were taken from the store, which sits on the six-way intersection of Lincoln, Damen, and Irving Park Road.

Police said the suspects entered the front door at 11:15AM and immediately made their way to a safe in the back, which may indicate that the robbers have inside knowledge of the store’s operations.

The suspects are described as two black men in their upper 20’s. Both stood about 5’8″ tall and had dark complexions. They both wore white construction helmets, painter-style masks, and work gloves during the heist. Further descriptions of the two men:

#1) Wore an orange construction vest over a red hoodie. He had gray pants, a gray skull cap under his helmet, and is believed to have a lot of hair on his head.

#2) Wore a yellow construction vest. Had braids or dreadlocks that may have been a wig.

The two were last seen running northbound on Damen and then eastbound in the first alley.