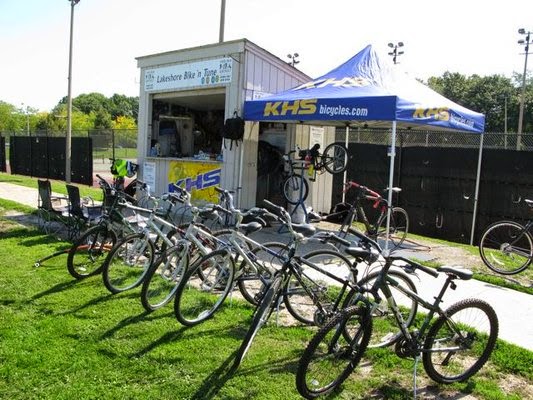 Three men charged with burglarizing a lakefront bicycle stand last September have pleaded guilty to theft charges. At the time of the break-in, Lakeshore Bike owner Demian March estimated his losses at $18,000 to $20,000.

Jeremiah Avilles, 19, received second chance probation, 30 hours of community service, 40 days in jail offset by 40 days time served, and a fine of $699. He has also been ordered to pay restitution of $567 to the victim.

Mauricio Franco, 22, received 24 months probation and one day in jail offset by one day served. He has been ordered to pay the same fine and restitution.

Israel Perez, 19, received second chance probation, 18 days in jail offset by 18 days served, and was ordered to submit a DNA sample. Perez has also been ordered to pay the same fine and restitution.

“We help [them] out while they’re on duty,” March said. “They had heard what had happened. They were pretty appalled, and they did a bunch of investigation on their own time, and saw this thing through.”

The bike stand is located near the baseball fields across Lake Shore Drive at Addison.

Image: Yelp!
———-
Email us. Facebook us. Twitter us.
About CWBChicago 4363 Articles
CWBChicago was created in 2013 by five residents of Wrigleyville and Boystown who had grown disheartened with inaccurate information that was being provided at local Community Policing (CAPS) meetings. Our coverage area has expanded since then to cover Lincoln Park, River North, The Loop, Uptown, and other North Side Areas. But our mission remains unchanged: To provide original public safety reporting with better context and greater detail than mainstream media outlets.
Website Facebook Twitter YouTube