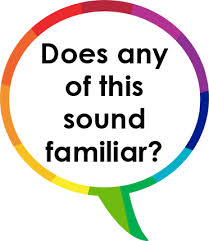 • Parade organizers will hire 90 off-duty cops to supplement Chicago police efforts. We told you about that on Monday.

• Checkpoints will be established in an effort to keep alcohol off of the parade route. That was also reported in our Monday story.

• The parade route, start time, duration, and other aspects will not change, confirming what we told you when we published the parade’s 6-month-old permit application on May 27.

• The parade organizers’ 90 off-duty cops will leave at 6PM on Pride Sunday, long before the neighborhood mayhem begins.

• Bars with 4 o’clock licenses will voluntarily close at 2 o’clock.

So far, it seems that the city, organizers, and the local “stakeholders committee” are focusing on the wrong issues.

Dangerous overcrowding has yet to be addressed.

And, we hate to be the bearers of bad news, but the robberies, batteries, shooting, and near-rioting that have swept the neighborhood after recent parades have not been caused by patrons of 4 o’clock bars.