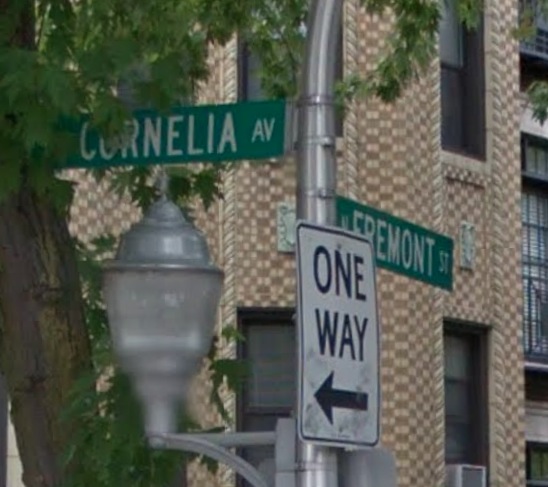 A 32-year-old bartender was mugged early Wednesday, just one block from the 19th district police station.

“It was like watching wolves hunting a rabbit,” according to a witness who contacted CWB minutes after the 4:10AM robbery. “I just took my dog out and witnessed two 20-ish males mugging a dude. 900 block Cornelia.”

Indeed he did. The suspects—described as a pair of young, skinny, black men dressed in dark clothing—fled with the victim’s iPhone and wallet.

“My shouting ‘I’m calling the cops’ phased them not at all. They escaped north on Reta.”

The victim, who walked to the police station to file a report, told our reader that the offenders, “got everything of mine.”