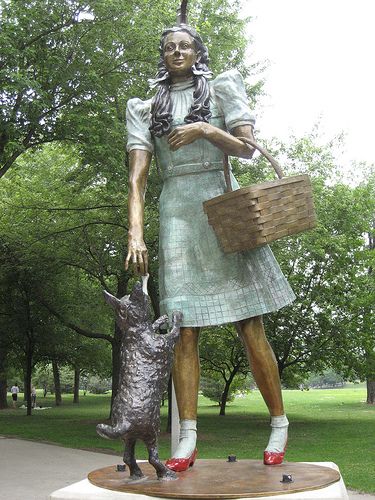 Police were called at 4:30AM after the teen showed up at St. Joseph’s Hospital with a stab wound to his leg. The boy initially refused to tell hospital workers where the stabbing took place, but he eventually revealed details to officers.

The park, located at Lincoln and Webster in nearby Lincoln Park, is famous for its Wizard of Oz-themed statues of Tin Man, Scarecrow, Cowardly Lion, Dorothy and her little dog, too.

Image: Concierge Preferred
———-
Email us.  Facebook us. Twitter us.
About CWBChicago 4360 Articles
CWBChicago was created in 2013 by five residents of Wrigleyville and Boystown who had grown disheartened with inaccurate information that was being provided at local Community Policing (CAPS) meetings. Our coverage area has expanded since then to cover Lincoln Park, River North, The Loop, Uptown, and other North Side Areas. But our mission remains unchanged: To provide original public safety reporting with better context and greater detail than mainstream media outlets.
Website Facebook Twitter YouTube