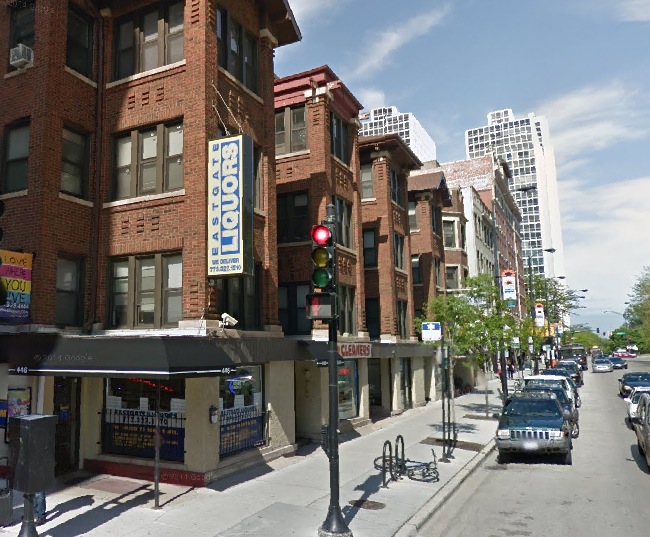 A Lakeview liquor store clerk was pushed to the ground by three teenagers who proceeded to steal booze on bustling Diversey Parkway yesterday afternoon.

Police were called to Eastgate Liquors at Diversey and Pine Grove at 1:50PM Sunday after the clerk called for help. He reported that the three offenders drove off in a white minivan. Officers determined that the van had been stolen on Saturday from the South Side.

Late Saturday night, two black men allegedly implied that they had a weapon when they stole booze from Leland Liquors, near the Western Brown Line station. No arrests were made.

Image: Google
———-
Email us. Facebook us. Twitter us.
About CWBChicago 4360 Articles
CWBChicago was created in 2013 by five residents of Wrigleyville and Boystown who had grown disheartened with inaccurate information that was being provided at local Community Policing (CAPS) meetings. Our coverage area has expanded since then to cover Lincoln Park, River North, The Loop, Uptown, and other North Side Areas. But our mission remains unchanged: To provide original public safety reporting with better context and greater detail than mainstream media outlets.
Website Facebook Twitter YouTube