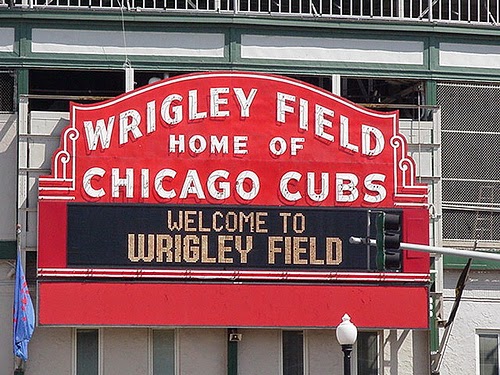 UPDATE 12:15PM–CWB has learned that the victim was stabbed 3 times in his back.  The incident occurred two blocks from Wrigley Field, where the victim lives.

We have also learned that the suspect identified himself as a DePaul University student when he was arrested for allegedly failing to pay a $13.50 cab fare near Clark and Broadway in March. That charge was eventually dropped.

Our original report from early this morning follows.
———
Chicago and suburban police are looking for a 22-year-old Deerfield man who they believe stabbed another man near Wrigley Field late Wednesday and then stole a woman’s car nearby.

The woman called police at 11:25 last night to report that her car had been stolen after a minor traffic accident near Irving Park Road and Fremont. According to the victim, when she got out of her car to see if the other driver was okay, the other guy jumped into her BMW and drove off.

The other guy’s car—registered to the Deerfield man—was left behind. With a knife.

Shortly after midnight, a stabbing victim showed up at Illinois Masonic Medical Center. The victim told hospital workers that he got sliced “at” Wrigley Field. Officers were quickly able to connect the two incidents. The victim was in stable condition.

Police are looking for the woman’s stolen BMW and the suspect, who is described as a 6’6” tall, 220-pound white man.

Wednesday’s incident is the fifth stabbing/slashing in our neighborhood since June 28.