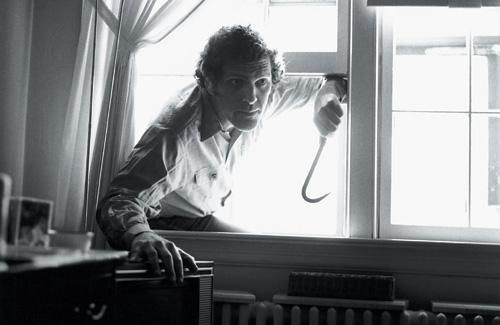 A fresh string of home break-ins may indicate that another enterprising burglar has set up shop in the neighborhood. In two cases yesterday, a burglar took car keys from residences and stole the victims’ vehicles, too.

• At 8:30AM on Friday, a man woke up in the 600 block of W. Roscoe and discovered that someone had forced open a window and burglarized his apartment as he slept. Among the items taken was the man’s iPhone, which was last seen pinging from a Cricket wireless store in Humboldt Park.

• At 5AM on Saturday, a resident of the 3200 block of N. Seminary reported that his home had been burglarized and his vehicle taken.

• Shortly after 10AM on Saturday, a man reported that his apartment was burglarized in the 800 block of Newport. His vehicle was also stolen from his garage.

• A landlord found one of his units burglarized in the 700 block of Barry at 8:45 this morning. No report has been taken because the person who rents the apartment was not on-scene to sign a complaint.

• Near Graceland Cemetery, a citizen in the 1400 block of W. Belle Plaine was awakened at 5AM on Saturday by the sound of an intruder breaking out one of their home’s windows. The would-be burglar fled upon discovering that someone was awake inside.

• And, of course, there’s the man who went to his basement in the 800 block of Bradley Friday afternoon and returned moments later to find a complete stranger in his living room. The stranger ran out the back door and then tried to rob a neighboring resident at knifepoint.

No one is in custody for any of the crimes.

Posted in our comments section this afternoon:

My husband and I live in a first floor unit near Wilton and Cornelia and just noticed that the screen in one of our bedroom windows has been cut out – We are not sure when it happened. Sometime during the weekend, though.

We think that whoever did it may have been deterred from proceeding by the barking of our two large dogs who stay in our bedroom when we are out.

My husband went to the district station and the officer manning the front desk said this is a common tactic of burglars. They’ll either tear the screen out or cut it out, checking each window to see if it’s locked – Suffice to say we’ve been cased.

We were told to keep everything locked with the blinds lowered and that we should be mindful of our surroundings. Just a heads up for others in the area that it seems we all need to be very careful.