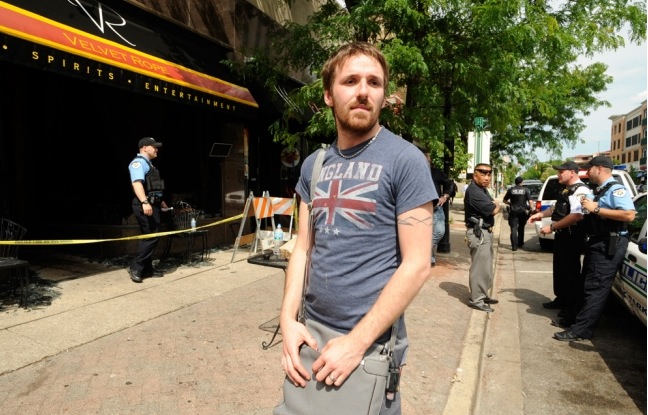 Frank Elliott, the former Boystown bar owner who was accused of having another gay bar he owned in Oak Park set afire as part of an insurance scheme in 2012, has reached a plea deal.

At the time of the fire, Elliott publicly stated that he believed the fire to be a hate crime.

As CWB reported exclusively last year, Grunauer just happened to be named as a co-starring attraction in the next-to-last Tweet sent by Velvet Rope before it was set on fire.

Grunauer was sentenced to a 3-year prison term in January after pleading guilty to arson and burglary in connection with two Uptown incidents. He was never charged in the Oak Park matter.

Image: An OakPark.com photo of Frank Elliott outside of his Velvet Rope bar shortly after it burned in 2012.