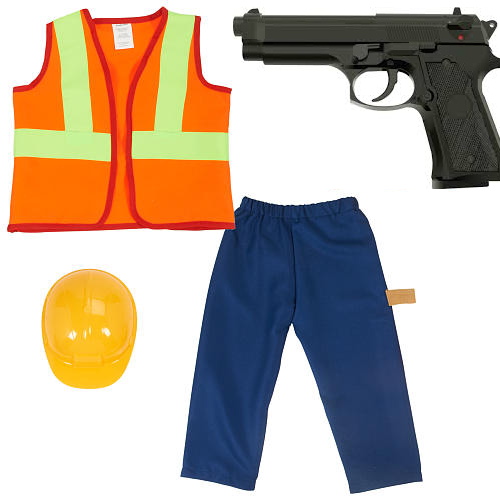 Investigators believe that at least one member of a crew that robs cell phone stores while wearing construction outfits struck in our area Monday afternoon.

Police say a man entered the store, located in the 4400 block of Broadway, at high noon and produced a black handgun. A female worker fled out the back door and called 911.

Video cameras in the area captured images of the man fleeing into a nearby alley with several phones. There, he changed into a construction vest and hard hat before continuing northbound.

• A pair of men dressed as construction workers robbed a T-Mobile store at Damen and Irving Park road on May 31.

• On June 6, a similarly-dressed duo held up another T-Mobile store in the 1900 block of Harlem, on the border of Chicago and Elmwood Park.

———–
Email us.  Facebook us. Twitter us.
About CWBChicago 4360 Articles
CWBChicago was created in 2013 by five residents of Wrigleyville and Boystown who had grown disheartened with inaccurate information that was being provided at local Community Policing (CAPS) meetings. Our coverage area has expanded since then to cover Lincoln Park, River North, The Loop, Uptown, and other North Side Areas. But our mission remains unchanged: To provide original public safety reporting with better context and greater detail than mainstream media outlets.
Website Facebook Twitter YouTube