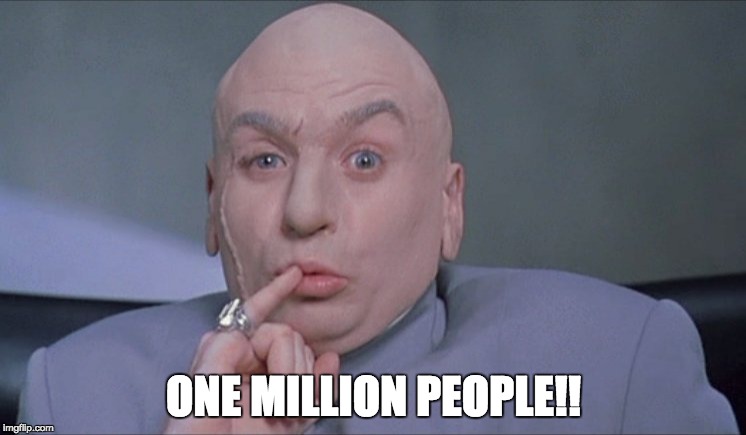 Most CWB Chicago readers know that we believe that Chicago Pride Parade estimates are a bunch of hooey.

Two years ago, we broke down the math and showed that it is physically impossible for a million people to fit along the parade route.

We even cited an executive of Chicago Special Events Management who called the crowd estimates “marketing numbers.”

Now we’ve come across the best evidence yet that Pride Parade crowd estimates aren’t based in reality.

CWB editors have received a copy of a city email in which the 2015 Chicago Pride Parade crowd estimate of “1 million” was made on June 23. That’s five days before the parade even took place. The staffer wrote to a supervisor:

“In previous years, we’ve released 1 million for the event crowd estimate—which we are also doing for this year’s event.”

There is no evidence that any attempt was made to actually estimate the crowd size using widely-accepted practices.

The city provided numbers that “look bad, but they’re down from last year,” the stakeholder told us.

That’s weird. Because we ran the city’s numbers side-by-side with previous years in a story last month and virtually every tangible metric was worse in 2015. This year’s parade was longer and resulted in more arrests than any recent parade.

More people were stabbed this year than in the years 2003 to 2010 combined.

They’re right. That does look bad.

One big bragging point for the stakeholders was the “very low number of open [alcohol] containers.” Of course, the celebration of “very low” alcohol intake is purely subjective and is not rooted in any provable fact.

A couple of problems were mentioned. “Central Lakeview Neighbors says there’s an ongoing problem at Belmont and Sheffield,” the stakeholder reported, “and [Uptown Alderman James] Cappleman was not happy about some issues.”

The alderman is probably referring issues such as shots being fired at police during a foot pursuit near the parade route.

Again. That does look bad.