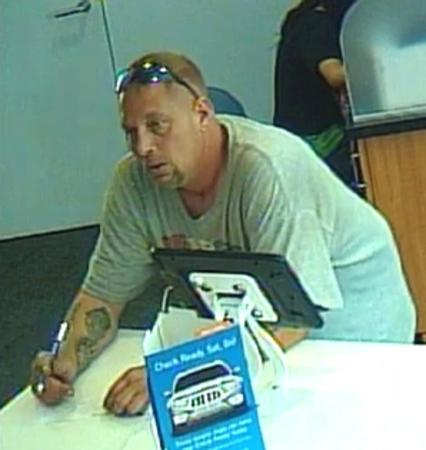 The FBI says they have captured the poorly-disguised man who robbed an Uptown bank branch on August 19.

A teller included a dye pack in the estimated $500 that the man escaped with after presenting a note inside PNC Bank, 4400 N. Broadway.

No details have been released regarding the man’s identity or how he came into police custody.

The amateurish crime drew plenty of scoffs from readers after we posted a bank surveillance photo that shows a clear shot of the man’s face and his distinctive arm tattoos. Even the man’s sunglasses, which could have provided a basic disguise, were perched on top of his head.