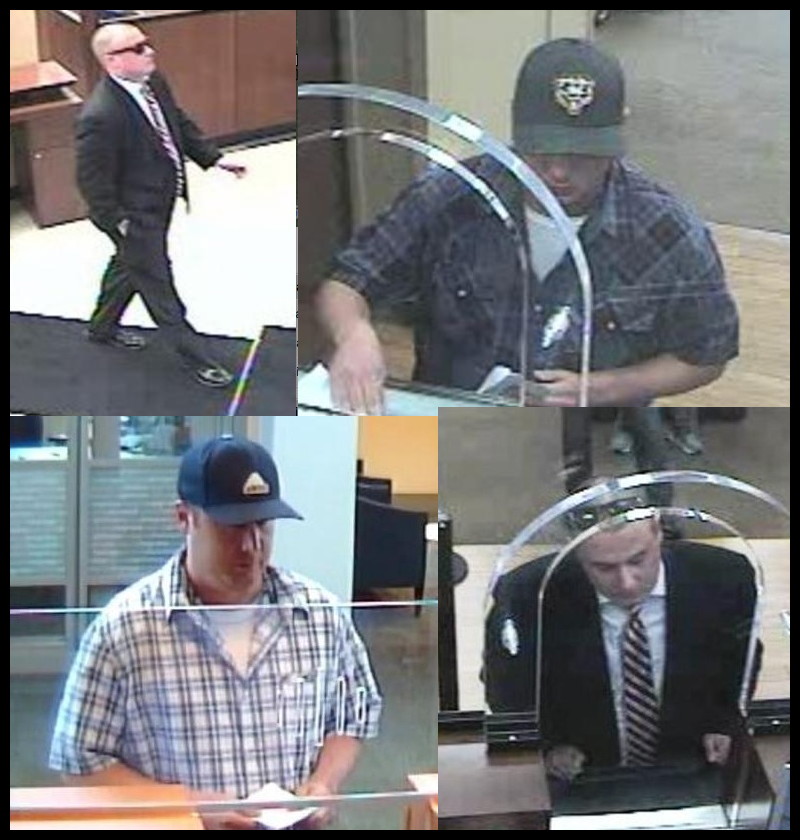 A serial bank robbery suspect who has been sought by the FBI since August struck a Lakeview bank for the second time Tuesday afternoon.

The Chase Bank branch at 3335 N Ashland was robbed by the so-called “North Center Bandit” at 4:09PM, the agency said. The suspect robbed the same branch at 4:02PM on August 27, according to police.

Previously seen wearing baseball hats and short-sleeve shirts, the suspect switched things up for his cameo yesterday. Bank surveillance photos show him wearing a dark suit and red striped tie with a bald or thinning head of hair.

As in his previous hold-ups, the offender passed a note in which he demanded money.

A reward is being offered for information that leads to the arrest of this man. Tips should be directed to the FBI at 312.421.6700