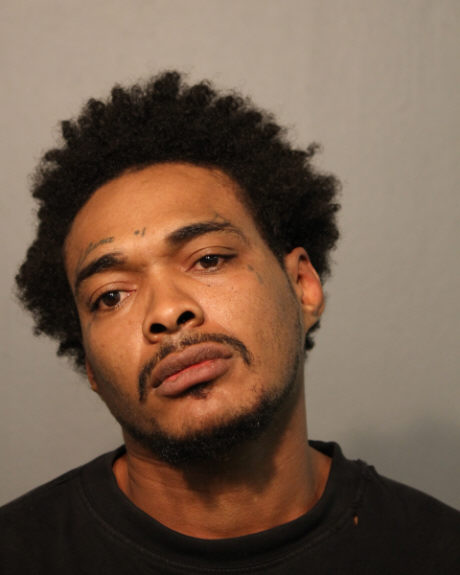 A three-time convicted violent felon who was released from prison on parole this summer is charged with firing a handgun on Clark Street as the Cubs victory celebration wound down last night.

Dolton resident Hoytuan Pierce, 31, is charged with reckless discharge of a firearm and with being an armed habitual criminal, according to court records. Bond is set at $250,000.

Chicago police witnessed the incident outside of Roadhouse 66, 3478 N. Clark, at 11:33PM Tuesday. Pierce and two others were taken into custody and a weapon was recovered, police said.

Pierce is currently on parole after serving part of a one-year sentence for his second DUI. His previous convictions include robbery in 2002, aggravated battery of a government employee in 2005, and being a felon in possession of a firearm in 2012.

Information about the other two individuals taken into custody with Pierce was not immediately available. UPDATE: The other two persons were found to be victims in the incident, according to a CWB Reader.