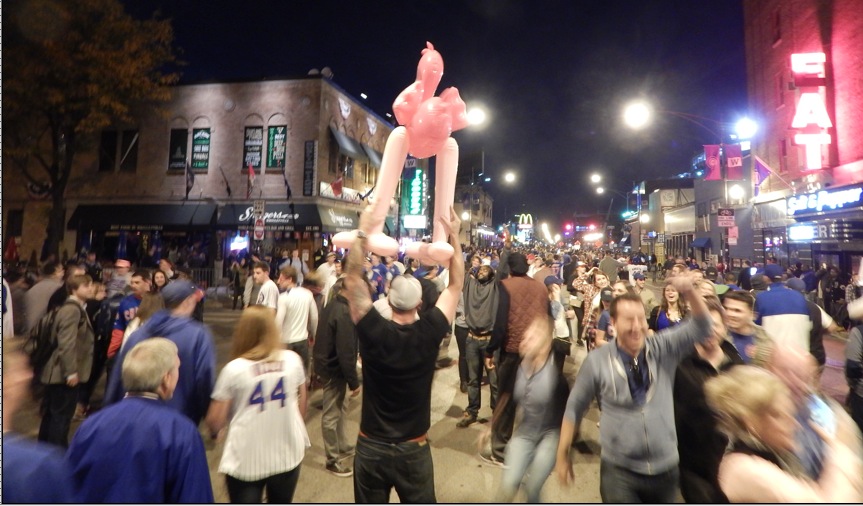 One man faces weapons charges today after firing a gun near Clark and Cornelia in the waning hours of last night’s Cubs victory party in Wrigleyville.

Two people are listed as victims of the aggravated assault which unfolded at 11:33PM after what had been a relatively uneventful celebration of the Cubs’ division championship win.

Aside from the gun incident, the Wrigleyville party crowd was large and enthusiastic, but only six other arrests are known to have been made (times are approximate):