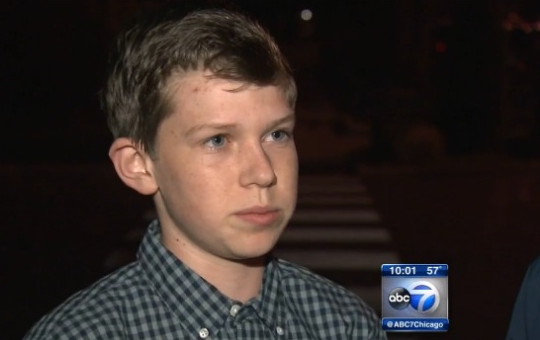 A 14-year-old boy was robbed in broad daylight Tuesday afternoon less than a half-block from where a retired Chicago policewoman was robbed the night before. No one is in custody in either crime.

CWB Chicago reported the boy’s story in our Twitter feed as it happened.

The teen was walking home from the nearby Addison Brown Line station around 4:15PM when he took out his phone to respond to a friend’s text message. Within seconds, his phone and the offender were gone.

Police described the offender as a black male in his mid-teens. He stands about 5-feet, 5-inches tall and weighs about 130 pounds. He was last seen running eastbound on Eddy Street.

Pings from the stolen phone were emanating from the 1800 block of Melrose when the boy’s father disabled the device remotely.

ABC7’s Eric Horng spoke with the boy and his father Tuesday night.

“I really think it has to do with the low level of police staffing in our neighborhood,” Bob Kelly told ABC7.