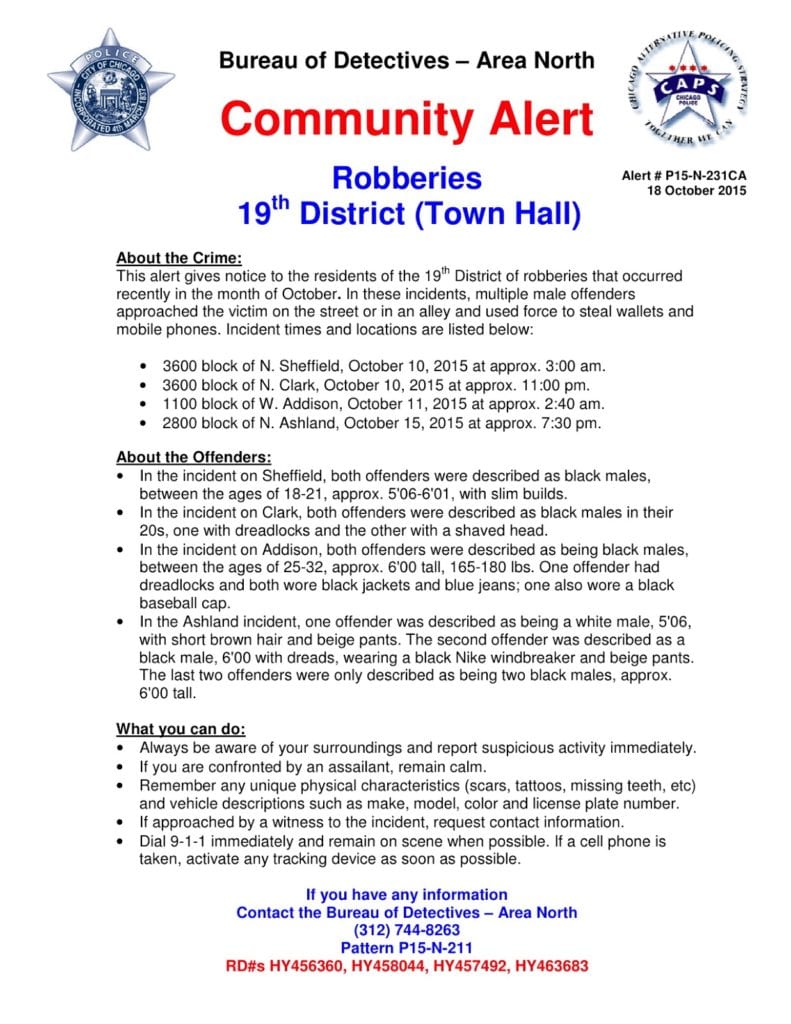 With the Cubs putting Wrigleyville on a “national and world stage,” according to a local alderman, the area’s vibrant criminal element is giving the world a real taste of what we’ve got: A major robbery problem.

Robberies here were up 96% in September and October is not looking good, either.

Sunday, Area North detectives issued a community alert after finding links between three robberies outside of Wrigley Field this week.

According to the alert, multiple offenders have been mugging victims on streets and alleys near the iconic stadium.

On Clark—two black men in their 20’s. One has dreadlocks and the other has a shaved head.

On Addison—two black men between the ages of 25-32, about 6-feet tall and 165-180 pounds. One mugger had dreadlocks and both wore black jackets and blue jeans; one also wore a black baseball cap.

Four offenders were involved in an additional mugging that occurred further away, at Ashland and Diversey, on October 15: A 5’6″ white man with short brown hair who wore beige pants and three 6-foot tall black men, one of whom had dreads and wore a black Nike jacket with beige pants.