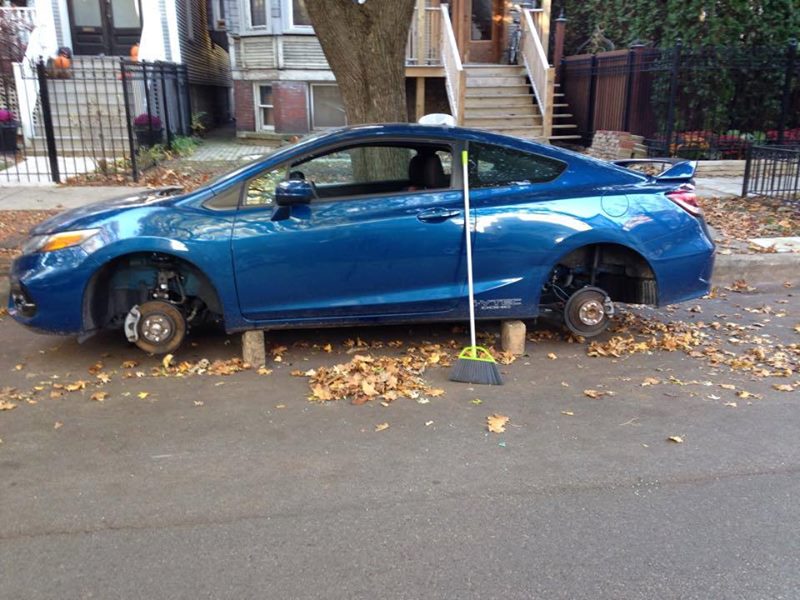 The living has been interesting in the 3400 block of N. Janssen this week.

It started with three people getting robbed at gunpoint and one getting pistol-whipped early Sunday.

Then on Monday, a woman who lives just a few doors down from the robbery scene returned home from work to find her apartment burglarized. “iPad and jewelery gone,” according to a CWB Chicago reader.

And when dawn broke on Tuesday, this car’s wheels were gone.

Our friends at Southport Corridor News & Events are getting an earful from concerned neighbors, especially on their Facebook page.

We invite the alderman to tell them that theses crimes are just their “perception.”