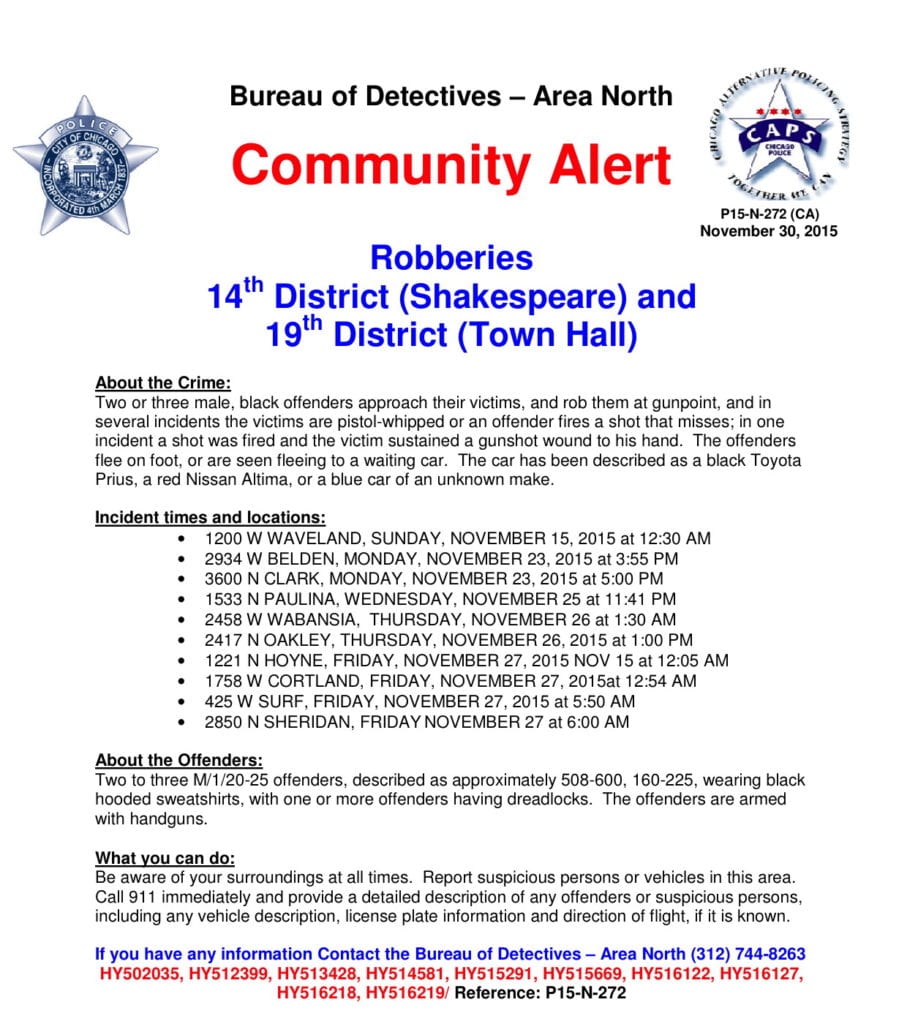 Chicago police Monday issued a robbery alert in which a series of post-Thanksgiving armed robberies in southeast Lakeview are connected with a number of similar crimes in Wrigleyville and Bucktown.

On Friday, one victim was shot at, a second was pistol-whipped, and a third was forced to lie on the ground at gunpoint during a 45-minute spree that we first reported here.

Detectives say the three incidents are connected to a series of hold-up in which two or three offenders approach their victims and rob them at gunpoint. Several victims have been pistol-whipped and one victim was shot in the hand, according to the new alert.

The gunmen are described as being black men between 20- and 25-years-old of average height who weigh 160- to 225 pounds. They wear hooded sweatshirts and one or more offenders has dreadlocks, police said.

In addition to the three incidents on Friday, police believe the crew is responsible for the following armed robberies:

CWB Chicago has also learned that three teens tried to rob a man at gunpoint around 1:30PM on Thanksgiving Day in the 1900 block of W. Byron. The details and the offender descriptions in the incident closely resemble those given in the police alert.