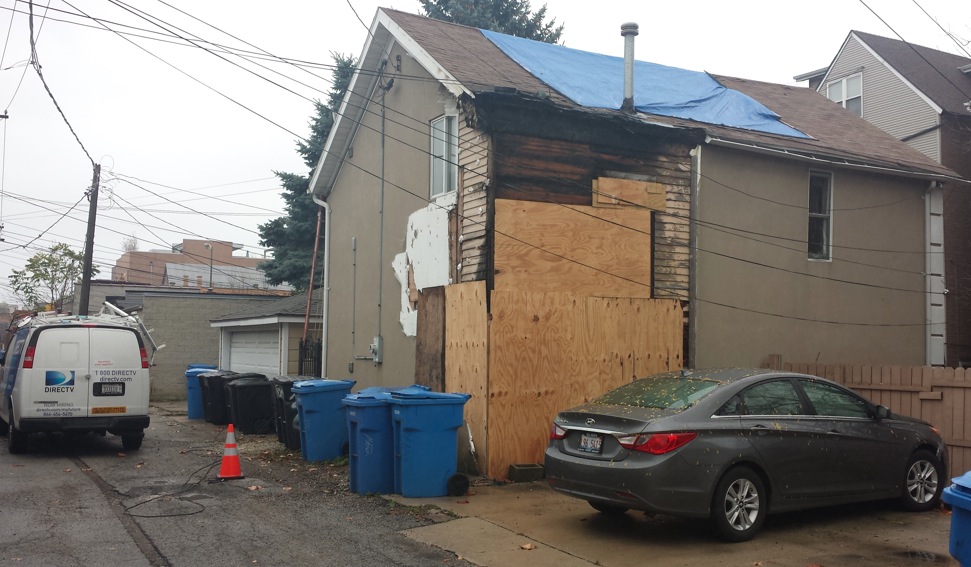 Chicago police today confirmed our on-going reports that a second arsonist is responsible for some of the numerous suspicious fires that have been reported in west Lakeview and North Center over recent weeks.

Yesterday, the department announced charges against a 17-year-old boy in connection with one fire that gutted a 3-flat in the 1900 block of W. Diversey Parkway last week.

Now, a fresh alert officially connects four other fires to a different offender, reinforcing investigators’ theory—reported exclusively here—that a recent arson spree in North Center was the work of a copycat.

The alert does not offer an offender description. However, CWB Chicago sources previously described a man seen on video setting at least one of the fires. He is white and is believed to be in his late-40’s to mid-50’s. He stands about 5’10” tall and has dark, unkempt hair that appears to be thinning on top. The man has been described as “homeless looking.”

A source who spoke on the condition of anonymity because they are not authorized to speak about the investigation, listed several other recent fires that may be connected to the suspect who’s currently being sought:

• A sidewalk trash can fire in the 3300 block of N. Broadway at 7:51PM  on November 3 which is not officially classified as arson.
• A trash fire two hours later behind the Walgreens at Clark/Diversey/Broadway, which is an official arson.
• An alley fire that spread to an abandoned wooden structure in the 2500 block of N. Halsted at 6:30PM on November 15. This case is not yet classified as arson.
• A bona fide arson behind the 700 block of W. Roscoe on September 28.

Anyone who has information, particularly video or images of suspects, is asked to call Area North detectives at 312.746.7618 and refer to pattern P15-N-261.