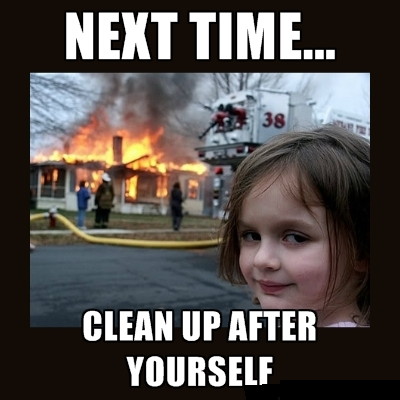 It looks like McHenry County is cleaning up Wrigleyville’s trash.

Two men accused of attempting to break into a home in the 3700 block of Kenmore on November 5 were hunted down by U.S. Marshals and McHenry County authorities this week after they allegedly (wait for it) broke into a home there, stealing a gun and a car.

We told you about Bashiek Stovall and Amire Rose on November 6, the day after 19th district cops chased them down following a reported burglary in progress.

Stovall—who is supposed to be on supervised release after serving 10 years for armed robbery, according to Wisconsin records—was charged with trespassing and theft, then released on bail. Rose, who is accused of unscrewing security lights at the allegedly-targeted home in Wrigleyville, was charged with trespassing and disorderly conduct and then released.

But, now, the two are facing a whole heap of trouble in McHenry County.

According to the Northwest Herald, Stovall, Rose, and a third man are accused of breaking into a home in suburban Woodstock on Wednesday.

Stovall and the third man were taken into custody shortly after police responded to a reported burglary in progress, the Herald reported.

Local schools were locked down for almost four hours while police searched for the third suspect—later identified as Rose—who escaped.

Rose was identified…during a meeting with Stovall’s family, during which detectives learned he is Stovall’s nephew, police said.

The Great Lakes Regional U.S. Marshals Fugitive Task Force assisted the Woodstock police in finding Rose, who was arrested about 3:15 p.m. Thursday on the 7800 block of South Essex Avenue in Chicago.

Police located a vehicle they believe was used by the three suspects about a block from the crime scene…A Ruger handgun that was taken from the residence was found on the path where the suspects fled, Woodstock Police Detective Sgt. Jeffery Parsons said.

Police have had contact with Rose before…but not for this type of criminal activity.

McHenry County has charged Stovall with burglary, theft, criminal damage to property, resisting police, and possessing a stolen vehicle. His bail is set at $80,000.

The third man, Kentrell Leggitt, faces the same charges plus possession of a stolen firearm. His bail is set at $100,000.