Police reports are public records that virtually anyone can review, given a few modest redactions. In fact, we’ve decided to publish the Emanuel robbery report right now (click to enlarge): 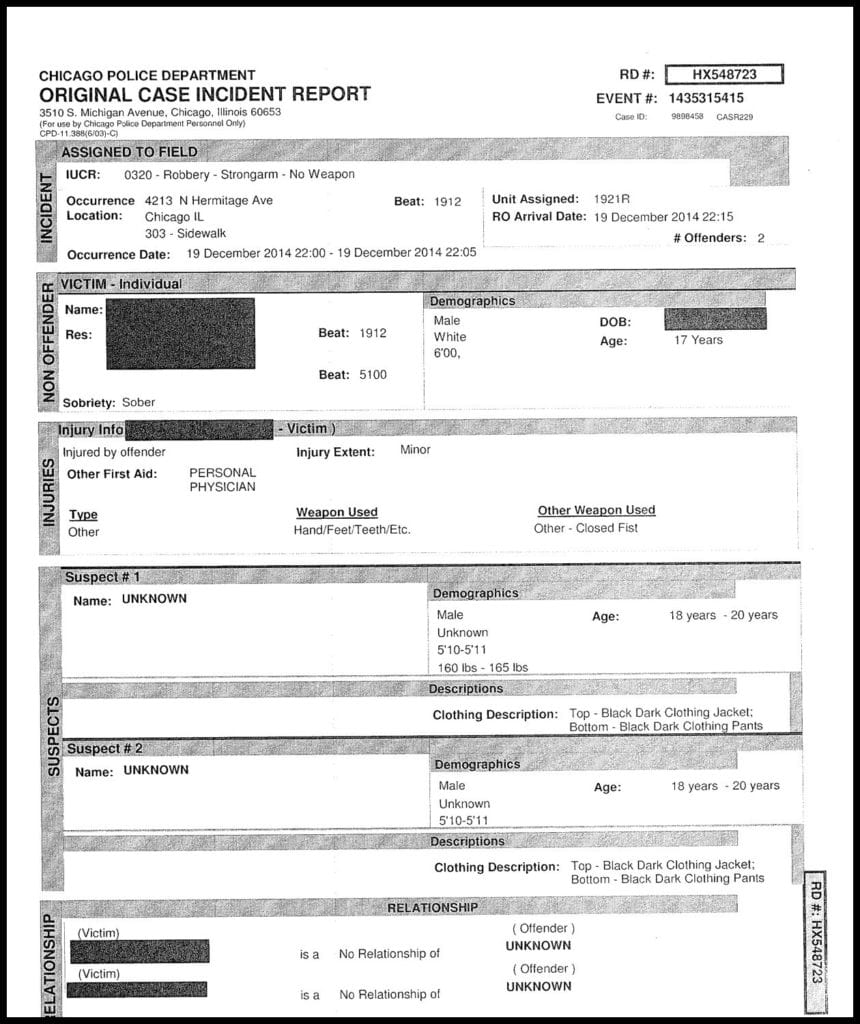 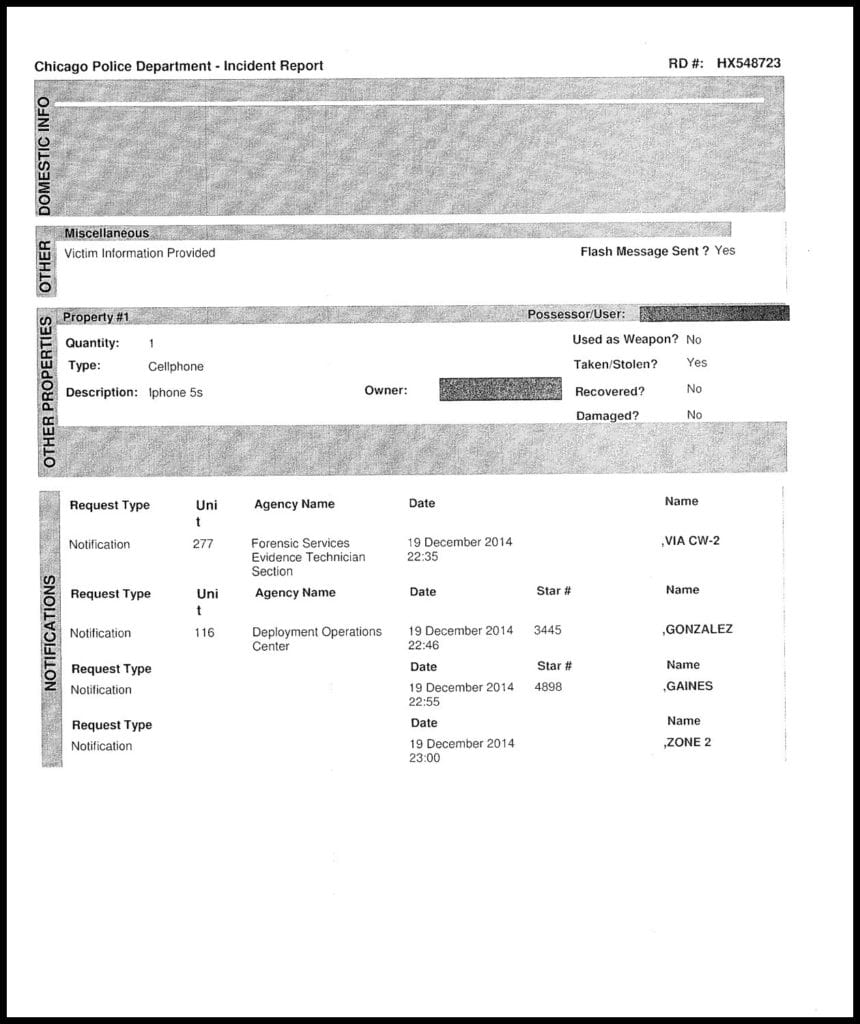 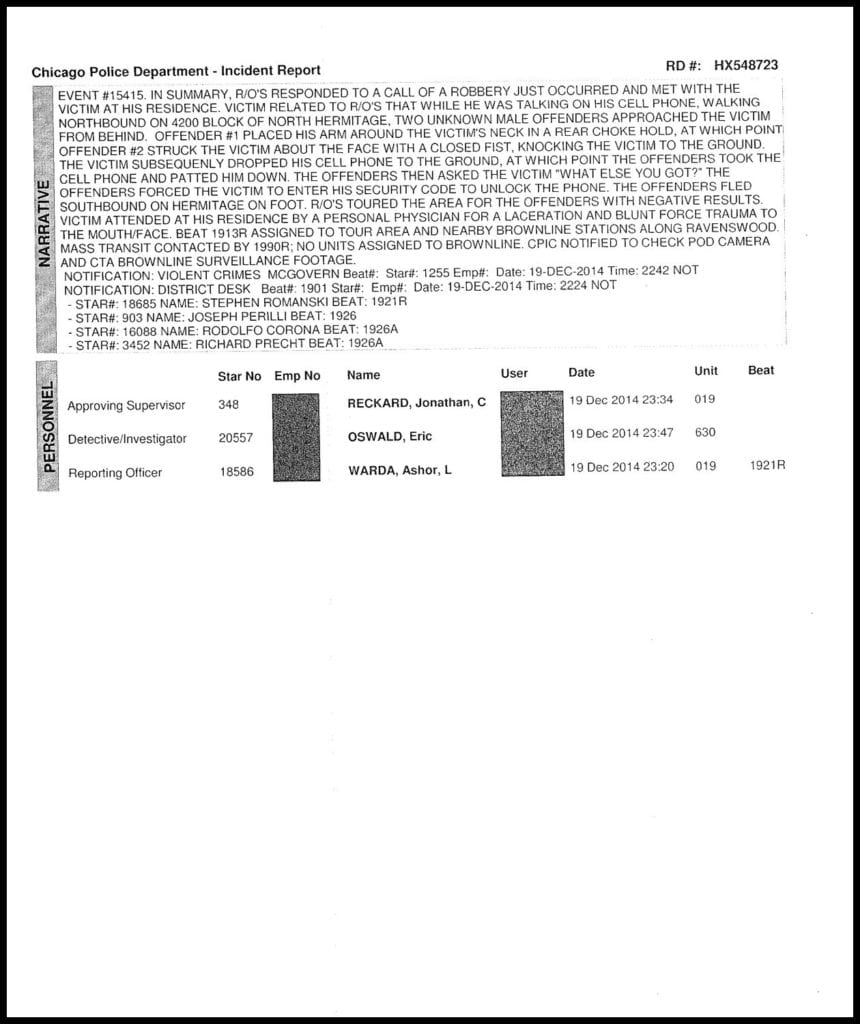 Whoop. Tee. Doo.
Oh, sure. There’s plenty of stuff in this report that certain people may not like the public to see. Like the special treatment that the mayoral son received. But giving cops the shaft for reading something that they could legally acquire as easily as we did?

A police spokesman told the Sun-Times yesterday that the officers are being punished for “inappropriately access[ing] police reports.”

Rrrrrrright.
———-
Email us. Facebook us. Twitter us.
About CWBChicago 4363 Articles
CWBChicago was created in 2013 by five residents of Wrigleyville and Boystown who had grown disheartened with inaccurate information that was being provided at local Community Policing (CAPS) meetings. Our coverage area has expanded since then to cover Lincoln Park, River North, The Loop, Uptown, and other North Side Areas. But our mission remains unchanged: To provide original public safety reporting with better context and greater detail than mainstream media outlets.
Website Facebook Twitter YouTube