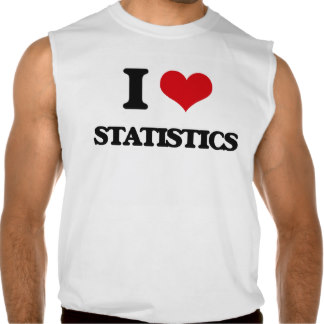 Criminal sexual assaults, aggravated assaults, and motor vehicle thefts have shown the greatest year-over-year increases in Lakeview as well as the 44th ward according to analysis of city crime data by CWB Chicago editors.

Lakeview has seen 5% fewer police reports filed this year while the 44th ward has seen a 4% drop. The biggest contributors to the drop in both areas has been a reduction in burglaries.

If police report volume is to be believed, people aren’t doing drugs as much anymore, either (ahem). Both the 44th ward and Lakeview as a whole have seen 25% reductions in dope cases.

Here’s how reported crime in the 44th ward and the entirety of Lakeview stack up through October 15 of this year when compared to the same time period in 2014.

In the 44th ward, which covers nearly all of our hood plus nearby areas of Lakeview, there there were 140 fewer police reports taken this year than in 2015. A 4% drop.

Roughly half of the drop is due to a decline in the number of theft reports filed. Of course, these are statistics from a police department that sometimes refuses to record theft of packages as being theft, so you can take that for what it’s worth. 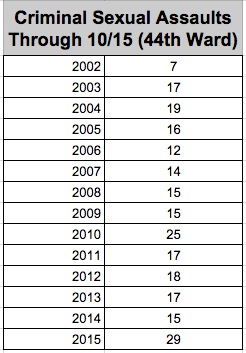 Contributing equally to the drop is a reduction in burglaries—thefts from homes and garages. Interestingly, though, the number of crimes categorized as less-serious “theft from building” has increased 50% since last year.

On the other hand, criminal sexual assault is at an all-time high, with 29 cases reported this year.

Aggravated assault, which are generally threats to harm someone while brandishing a knife or handgun, are up 38% this year; motor vehicle theft is seeing a 19% surge; and aggravated battery—causing great physical harm to a person—is up 17%.

The record-high robbery rate in Wrigleyville and Boystown saw a dramatic improvement in 2014. But those improvements stalled out this summer and are now showing signs of worsening with September recording a near 100% increase in muggings.

Compared to the same time period last year, Chicago police took 245 fewer reports in the Lakeview community area through October 15, representing a 5% reduction in crime reports filed.
The bulk of the reduction is the result of fewer burglary reports being filed—94 fewer this year, to be exact. The next greatest reduction came with a sharp decline in criminal damage to property reports, which are down by 83 cases. A reduction in narcotics cases is the third-biggest contributor to the drop in Lakeview crime reports.
Showing the greatest increase in Lakeview’s raw numbers this year are simple battery, motor vehicle theft, and criminal sexual assault.
Stats Tee Image: Zazzle
———-
Email us.  Facebook us. Twitter us.
About CWBChicago 4363 Articles
CWBChicago was created in 2013 by five residents of Wrigleyville and Boystown who had grown disheartened with inaccurate information that was being provided at local Community Policing (CAPS) meetings. Our coverage area has expanded since then to cover Lincoln Park, River North, The Loop, Uptown, and other North Side Areas. But our mission remains unchanged: To provide original public safety reporting with better context and greater detail than mainstream media outlets.
Website Facebook Twitter YouTube