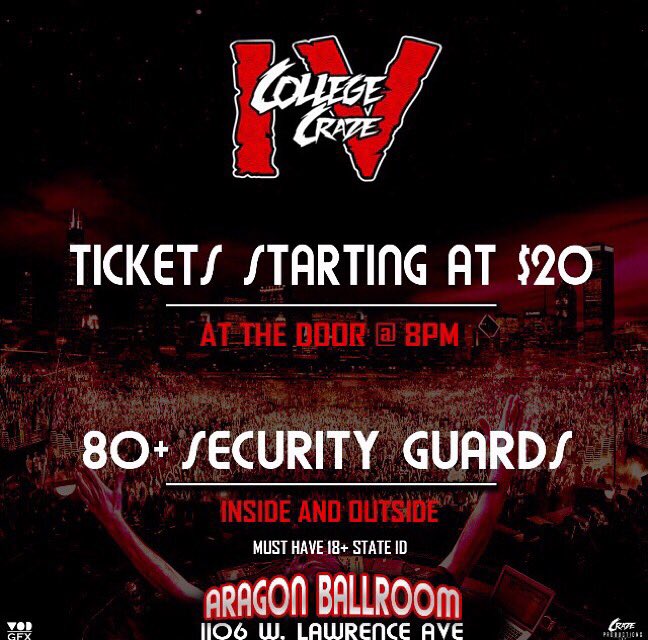 Two people were shot in Uptown as a crowd exited the Aragon Ballroom at 2:30 this morning following “COLLEGE CRAZE 4: Law Cannon & DJ Hoop Dreams,” which featured a performance by Lil Durk and which promised “80+ security guards inside and outside.”

A 34-year-old woman suffered a graze wound to her head and a 68-year-old man was shot in the leg, police said. The woman told officers that she was shot while leaving the Aragon, where her friends were working.

The conditions of both victims have been stabilized.

According to Uptown Update, “readers report[ed] hearing four separate bursts of 8-10 shots. Police and ambulances were on the scene in less than a minute.”

Today’s victims are the 30th and 31st persons to be shot in Uptown this year. Nine of the 31 shot have died.

The neighborhood has seen two non-shooting homicide victims in 2015: a man who was stabbed during a disagreement over socks  and a newborn who was tossed out of an eighth floor window.