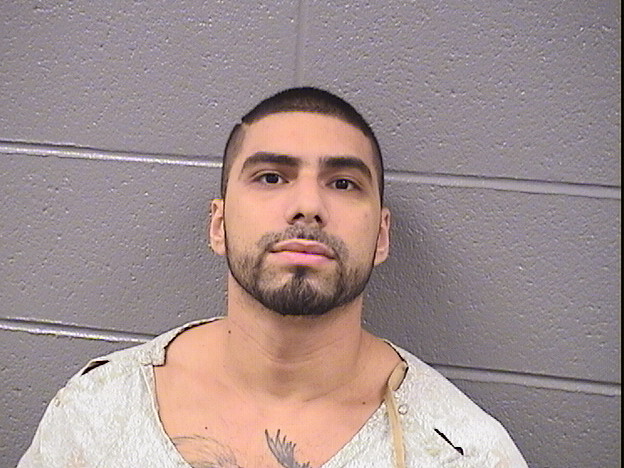 Almost exactly one day before a wild gunfight saw more than 70 rounds fired in a Wrigleyville intersection last week, Chicago police seized two guns and arrested a recent parolee when a fist fight broke out in front of Salt & Pepper diner, 3537 N. Clark.

28-year-old Danny N. Ortiz of Des Plaines was charged with being an armed habitual offender in the case.

Officers assigned to the Wrigleyville “entertainment detail” said they saw Ortiz and three other men involved in a fist fight at 1:40AM on December 12. Ortiz was on his back, being punched repeatedly in the face by another man when police allegedly saw Ortiz holding a black semi-automatic handgun, which he proceed to shove down the front of his pants.

Two men, including the one who pummeled Ortiz, dropped a loaded revolver as they fled northbound on Clark Street and escaped, police said.

According to court records, the 9-millimeter handgun recovered from Ortiz held 11 live rounds and the dropped revolver held three rounds.

Ortiz, who was paroled in October after serving a fraction of a 3-year narcotics sentence, has been returned to Stateville prison.