While there have been a handful of local burglary arrests over the past week, reports of home break-ins continue. And, based on the number of police reports being filed and surveillance images being sent our way, there are many more prowlers still on the loose.

Here’s a gallery of videos and images that we’ve received over the past couple of weeks.

Scott Montgomery sent these videos of a man who was poking around his building near Roscoe and Elaine Place in Boystown at 1:15AM today.  Just to make sure that Scott’s surveillance system got a good photo of his face, the guy came back around 5:30AM. 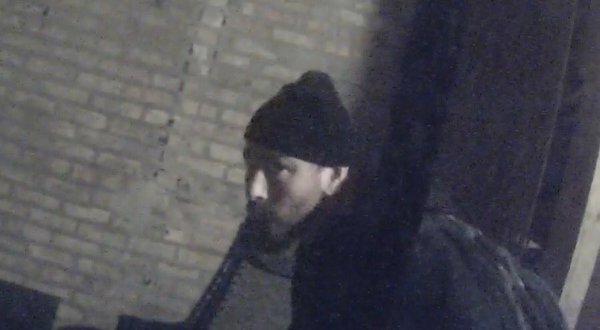 In the videos, he appears to be a white guy in his late-20’s or 30’s, maybe a little heavy-set, with a red or brown beard. This morning, he was wearing black clothing, a black ski cap, and a backpack.

Chicago police yesterday issued a burglary alert for nearby Lincoln Park that contains an image of two suspects and we’ve obtained a few additional photos of the duo to share here. The larger, older-appearing suspect may have a tattoo on the left side of his neck. 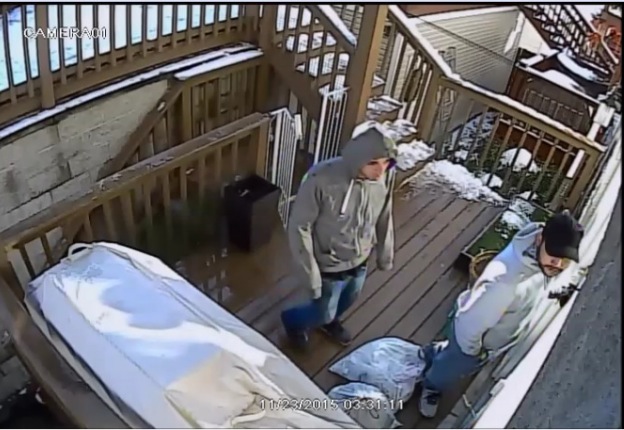 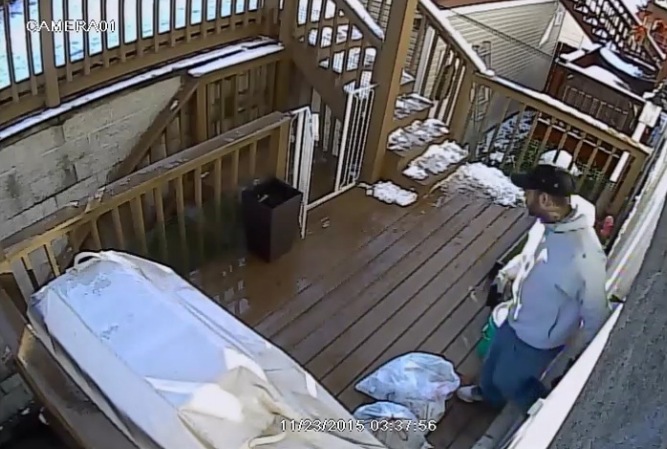 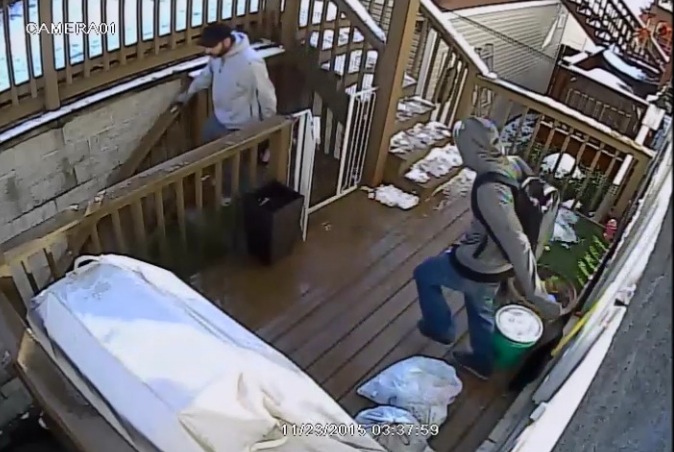 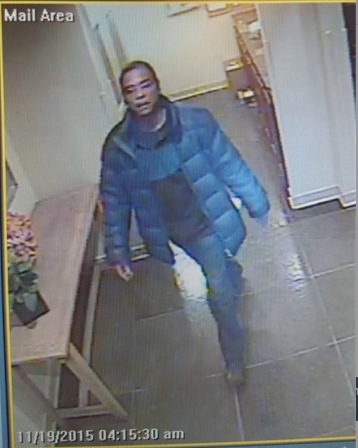 According to information circulated by a high-rise building near Pine Grove and Sheridan, this gentleman is one of two individuals who accessed the complex at 4:30AM on November 19 to steal packages from the residences and tires from vehicles in the attached parking garage. 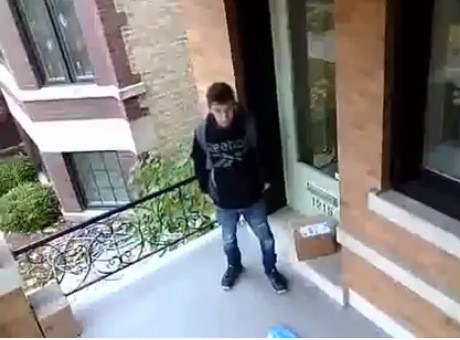 Finally, our friends at Southport Corridor News & Events shared this video of an alleged package thief near Racine and Eddy.

He appears to be a white male in his late teens or early 20’s with a light beard. Of course, he has the requisite bulging backpack.

The video is here. 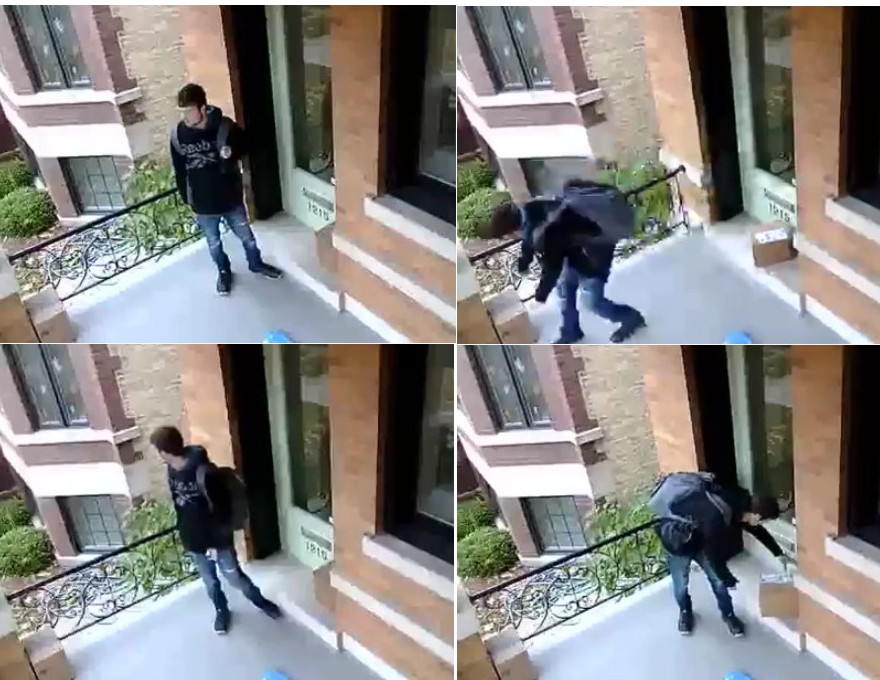