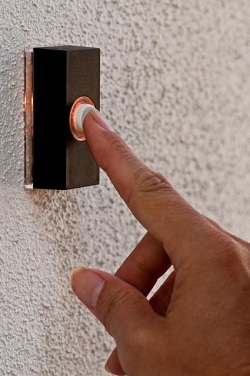 A Lakeview woman barricaded herself inside a locked bathroom as burglars broke into her home in the 3800 block of N. Wayne around 11:30 this morning. She was not injured.

According to a source, the suspects rang the woman’s doorbell, knocked on her front door, and then broke into her home, believing that it was vacant.

The woman rushed into her bathroom and dialed 911, but she was unable to offer much information to the dispatcher as she was afraid that the sound of her voice would draw the attention of the intruders.

The burglars escaped with the woman’s iPad and a PlayStation 4, police said.

A witness saw two suspects flee the area in a green pick-up truck with a camper top covering the bed and orange license plates. The witness believes one man and one woman were responsible. One of them had long dreadlocks, the witness said.

Today’s break-in occurred about three blocks from the scene of Saturday’s home invasion in which a 77-year-old woman was severely beaten by burglars. Three men are charged with that crime.

The list of burglaries in our area continues to grow. However, investigators are hopeful that the home invasion arrests will bring resolution to other cases.

Among other recent burglaries reported to CWB Chicago editors are:

And these incidents have been confirmed by Chicago police since our last burglary update on Sunday:

In a piece of good news, Chicago police arrested career criminal John Cline, 42, as he allegedly committed a burglary in the 3600 block of N. Western on January 6.
Bail is set at $250,000.
Cline has been sentenced to a combined 36 years in prison for burglaries since 1991, although he has only served a fraction of those years, state records show. According to Illinois Department of Corrections records, Cline has received the following sentences:

You can help offset CWB Chicago’s reporting  efforts by donating to our Tip Jar.