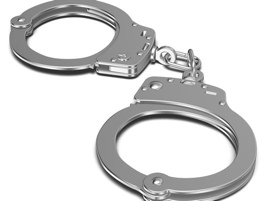 Two juveniles are in custody, accused of robbing three people at gunpoint during daylight robberies in Lincoln Park Sunday morning. A third offender may have slipped away, police said.

Tenth district police officers located the suspects’ car by following pings from a victim’s cellphone to the 1200 block of S. Kedvale in the North Lawndale neighborhood. A handgun was recovered nearby, an officer reported.

Two of the victims were robbed shortly before 11AM as they walked in the 800 block of Lill, about a half-block from 43rd Ward Alderman Michele Smith’s office.

According to the victims, a red Mazda pulled up and the offenders got out, produced a silver handgun, and demanded their cell phones.

About an hour earlier, a young man was robbed at gunpoint by two offenders near the Armitage Brown Line station. He told police that two teenagers in a red car robbed him after they stopped to ask him for directions.

Police determined that the offenders’ car was also stolen.