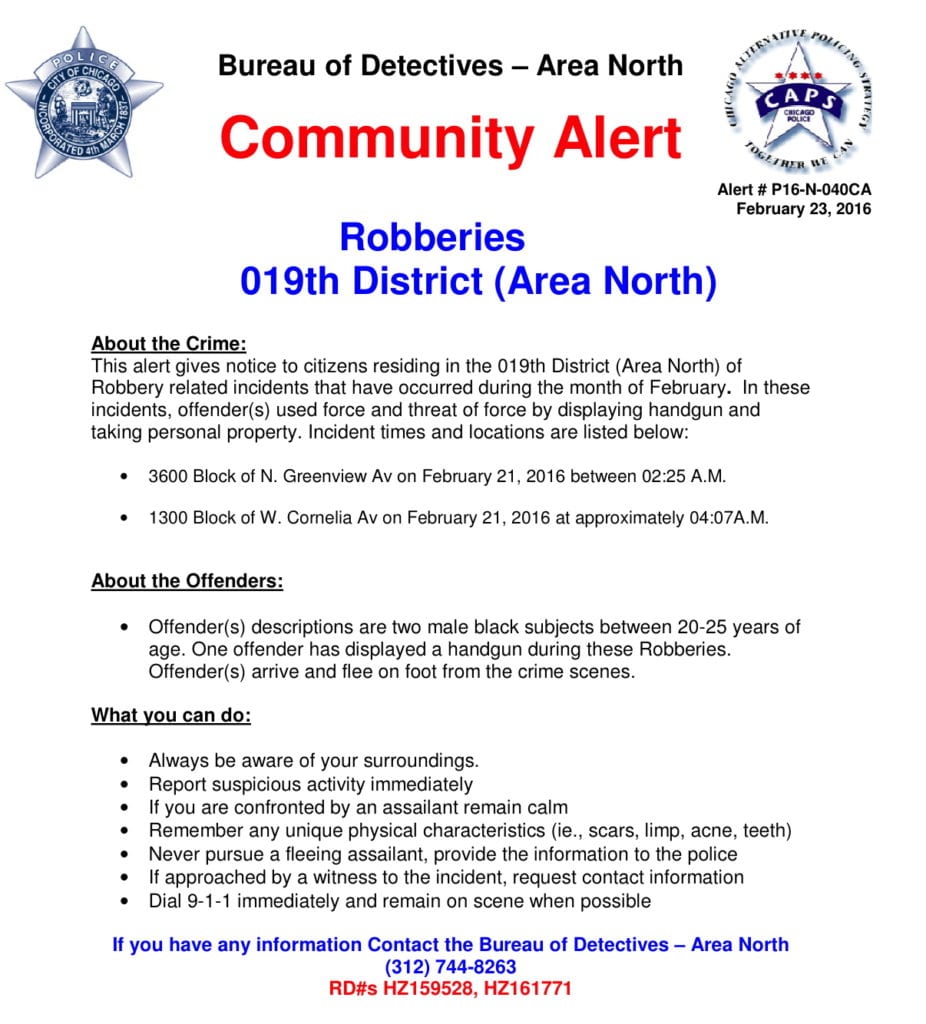 In both incidents, women were robbed on residential streets by two men who were armed with a handgun.

The first incident was reported in the 3600 block of N. Greenview around 2:25AM on Sunday. The second robbery was reported about two hours later in the 1300 block of W. Cornelia.

The offenders are described in the alert as two black men between 20- and 25-years-of-age.

Both victims also reported that one of the men had a red mask or red scarf covering his face, according to our sourcing.

Detectives last night also issued a basic description of the man that shot and killed a cab driver who was found behind the Sulzer Regional Library in Lincoln Square on Monday morning.

The gunman is descibed as a black man between 18- and 25-years-old who wore a dark hooded sweatshirt.

Robbery is the apparent motive for the killing, according to the alert.