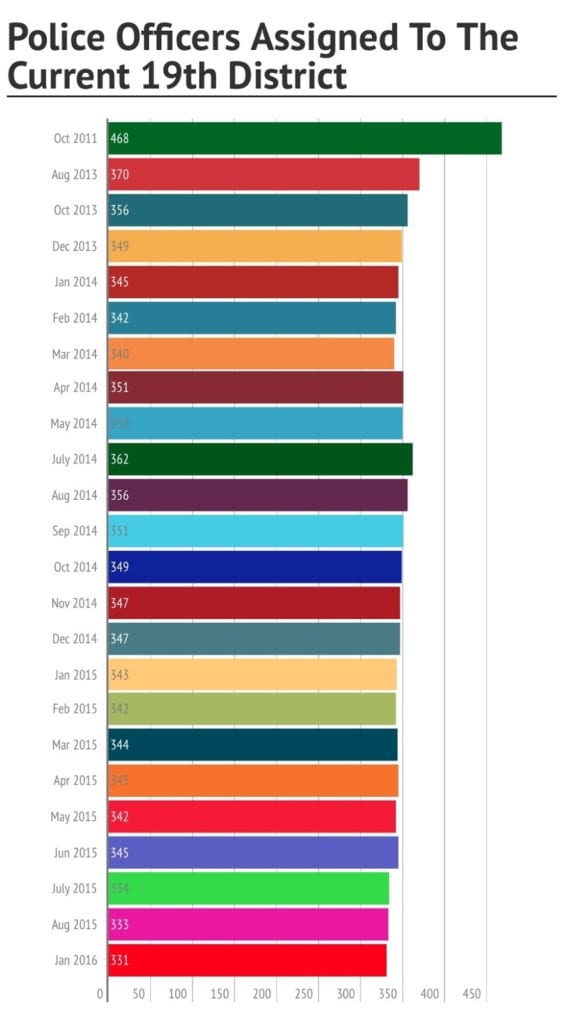 “Thank you to the many residents writing and calling both my office and the Mayor’s Office for the promised increase in officers to the 19th District. We continue to push Chicago Police Department leadership for an update on those incoming officers, and will share updates as they are received.”            – Ald. Tom Tunney, February 24

No need to wait, dear readers. Today, we’re giving you the information that Tom does not want you to have.

Newly-acquired Chicago Police Department staffing reports show that manpower in the 19th district dropped to its lowest level ever last month, with only 331 cops working the streets here. The same area was served by 468 officers just four years ago.

The continuing atrophy of police resources in the sprawling district comes despite assurances from local aldermen that the 19th district would get more cops in exchange for their votes in favor of Chicago’s record-breaking property tax hike last fall.

After casting his vote for the $589 million tax increase last October, local alderman Tom Tunney said, “I have been assured that 35 additional police officers will be assigned to the 19th District in 2016, including 25 in the first quarter and another ten during the rest of the year.”

Uptown alderman James Cappleman echoed Tunney, adding that he would “be in constant communication with the 19th district commander and [former Chicago Police] Supt. McCarthy to make sure they fulfill their commitment.”

Eight officers were allowed to transfer into Town Hall during November and another 15 transferred in during December, but their arrivals were offset by retirements, officers who transferred out, and “detailing”—the term used when an officer is technically assigned to a district, but actually reports to work somewhere else.

A Time Of Need

There’s no doubt that residents of our district—which stretches from Fullerton to Lawrence and from the Chicago River to Lake Michigan—need our police force back.

Overall crime is up 22% so far this year, with robberies, burglaries, and criminal damage to property reports all soaring 100% or more, according to city data.

Neighbors grilled Tunney about the status of the additional officers during a community policing meeting in early February, according to DNAInfo:

Tunney told them… there would be 10 additional officers in the first quarter, with 30 total coming in 2016 — five fewer than originally promised.

“I’m telling you what I committed to,” he said. “I don’t know where your information is coming from.”

Tunney eventually conceded after one person read from Tunney’s own newsletter announcing the deal.

“I might be wrong — I’m not saying that — but I’m saying the vacancies are fluid,” he said. “What I want to be held accountable for when we go into the budget vote is to make sure we’ve got that 30-plus, 35. To know the mayor committed to what he committed to us, Ald. [James] Cappleman and I, for the 19th.”

After the meeting, [Tunney aide Chris] Jessup clarified that Tunney had misspoke and that his office was still expecting the 25 officers this quarter and 35 total.

To the surprise of few, it’s looking very much like we’ve been sold a $589 million bill of goods.

You can support CWB Chicago’s newsgathering efforts by making a contribution to our Tip Jar. 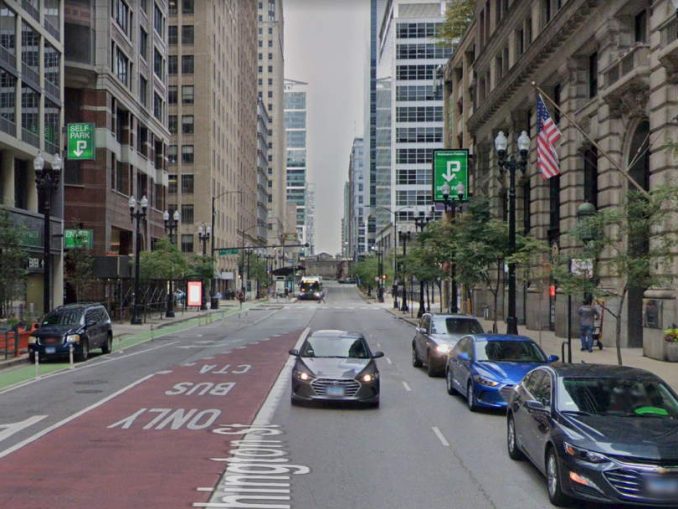