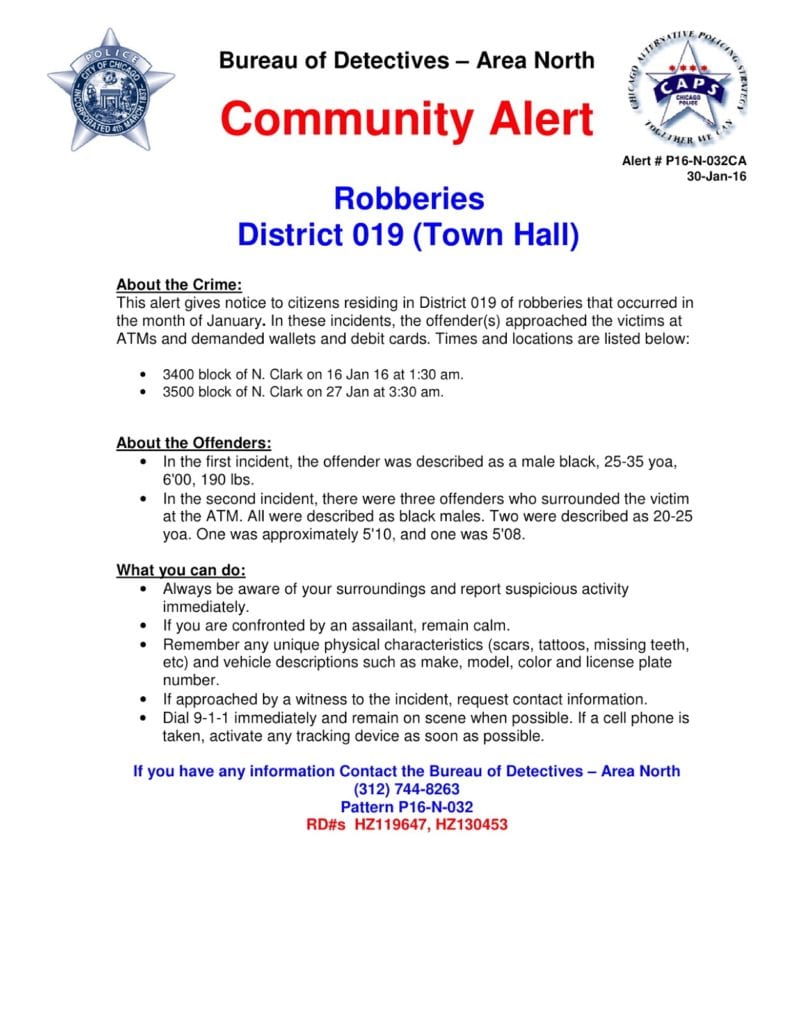 Area North detectives this weekend issued an alert to warn the public about two recent robberies at ATMs along the Clark Street bar strip in Wrigleyville.

In both cases, offenders approached victims at sidewalk ATMs and demanded valuables.

Three offenders were involved in the second robbery. The trio surrounded the victim at the ATM, police said in their alert. All three were described as black men with two being between 20- and 25-years-old.