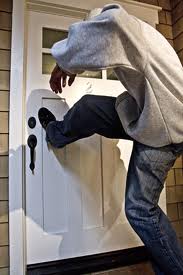 Chicago police detectives this week issued their latest warning about burglaries in the 19th district after three victims reported their homes entered and their cars stolen.

The warning is the latest in a series from cops as the number of reported break-ins has soared.

Comparing January 1 to March 10 this year with the same period in 2015, burglaries…

While the newest alert does not reveal that the victims’ cars were stolen, there’s a clue in the warning’s “what you can do” section:

“Always ensure…keys and key fobs are kept secured and out of plain sight.”

Of course, you knew that cars were taken because you’re a dedicated CWB Chicago reader and you saw our report last week.

Among the latest break-ins:

• Burglars kicked their way into the Sydney Marovitz Golf Course clubhouse last Thursday and took a cash drawer, which was empty.

• Burglars forced their way into a home in the 1000 block of W. Wellington Tuesday and helped themselves to the homeowner’s property.

These cases have also been confirmed by Chicago police:

Door kick image: Soo Today
———-
Email us. Facebook us. Twitter us.
About CWBChicago 4360 Articles
CWBChicago was created in 2013 by five residents of Wrigleyville and Boystown who had grown disheartened with inaccurate information that was being provided at local Community Policing (CAPS) meetings. Our coverage area has expanded since then to cover Lincoln Park, River North, The Loop, Uptown, and other North Side Areas. But our mission remains unchanged: To provide original public safety reporting with better context and greater detail than mainstream media outlets.
Website Facebook Twitter YouTube