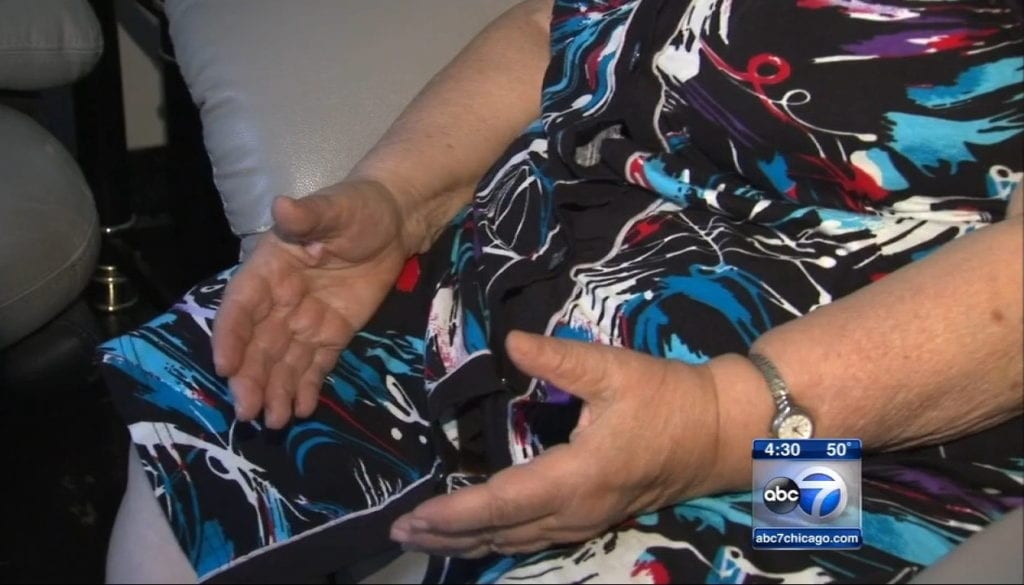 ABC7 Monday spoke with the 75-year-old victim of a brutal Lakeview mugging that was caught on video Easter morning:

She was on her way to visit her husband.

In surveillance video, the attacker is not readily recognizable, but police hope someone will know who he is and turn him in. The victim said she couldn’t get a proper look.

“He not talk, nothing. Put me on the floor. Boom, boom, boom. Whole purse, he take it,” the victim said.

The offender remains at large.

Andrew Holmes, a victims’ advocate and community activist, is offering a $1,000 reward to help bring the robber to justice.

Police issued an alert, including photos and video within 6 hours of the attack.

Sadly, Alderman James Cappleman did not see fit to update the public on the case until being shamed into action via social media Monday afternoon.

When he finally broke his silence on the case, Cappleman tried to make it sound like he was on top of things by claiming that CPD sent out their alert earlier Monday morning. In fact, the alert went out nearly 24 hours before Cappleman’s weak and inexcusable response.

——-
Email us. Facebook us. Twitter us.
About CWBChicago 4360 Articles
CWBChicago was created in 2013 by five residents of Wrigleyville and Boystown who had grown disheartened with inaccurate information that was being provided at local Community Policing (CAPS) meetings. Our coverage area has expanded since then to cover Lincoln Park, River North, The Loop, Uptown, and other North Side Areas. But our mission remains unchanged: To provide original public safety reporting with better context and greater detail than mainstream media outlets.
Website Facebook Twitter YouTube