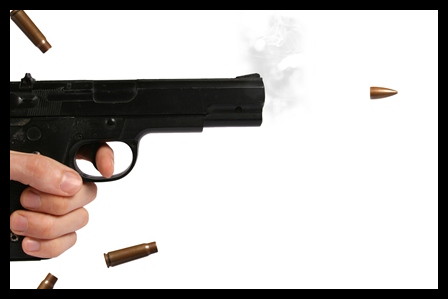 A 17-year-old documented gang member is in serious but stable condition at Stroger Hospital after suffering a through-and-through gunshot wound to his lower right torso in North Center on Monday night.

Police believe a conflict broke out between two rival gangs in vehicles. The victim is a member of the Familia Stone street gang from the Sunnyside and Kedzie area, according to a police source.

Officers soon found a white Infiniti SUV abandoned in a nearby alley. Shell casings were recovered in the 2300 block of W. Cullom and another set of casings was found in the 4200 block of N. Western Avenue.

Also recovered were a cell phone and a replica handgun, which is a notably unhelpful type of handgun to have when real handguns are present.

Two men have been charged with criminal trespass to land after allegedly being found under a porch in the 2200 block of W. Cullom.

21-year-old Jose Damian Avila-Alvarado of Logan Square and 20-year-old Jose Juan Pioquinto-Bernabe of the Irving Park neighborhood are free on $1,500 I-Bonds, according to court records.

The white Infiniti that police recovered is registered to a man who lives at Pioquinto-Bernabe’s home address, a source said.

Several people were seen fleeing the area on foot and in vehicles, according to witnesses.

Police are reviewing video footage from local businesses as well as from Swedish Covenant Hospital, where the shooting victim was originally taken in a private vehicle.