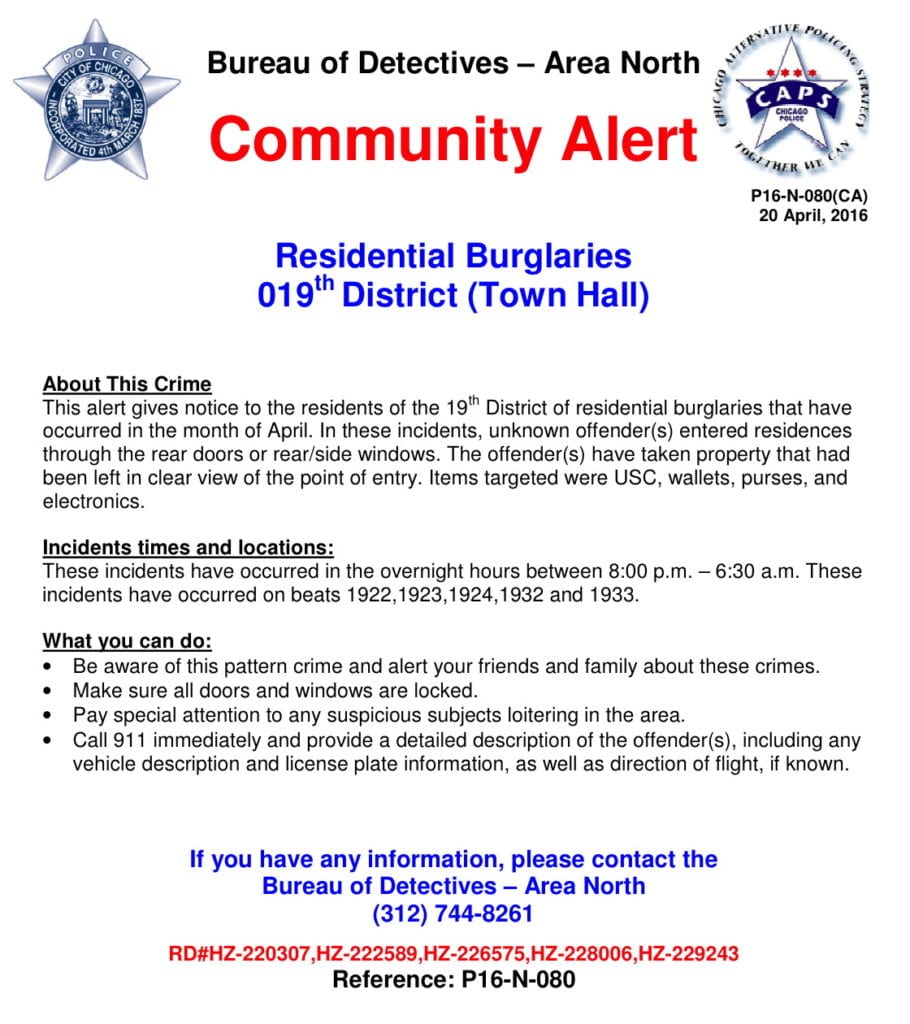 Chicago police yesterday issued a burglary alert warning of thieves who are breaking into homes to grab valuables that have been left in plain view.

Burglars are breaking into residences through rear doors and windows to snatch property that they can see from outside. The offenders, relying on an element of surprise and their ability to run quickly, have even targeted occupied homes.

Cash, wallets, purses, cellphones, and electronics have been taken in the break-ins, which have been reported between 8PM and 6:30AM, the alert says.

Break-ins linked to the alert include:

The alert asks residents to immediately report suspicious people who are are loitering in the area. Doors and windows should be locked. And, of course, easily-grabbed valuables should not be left visible from the outside.

Residents with information about these cases are asked to call Area North detectives at 312.744.8261