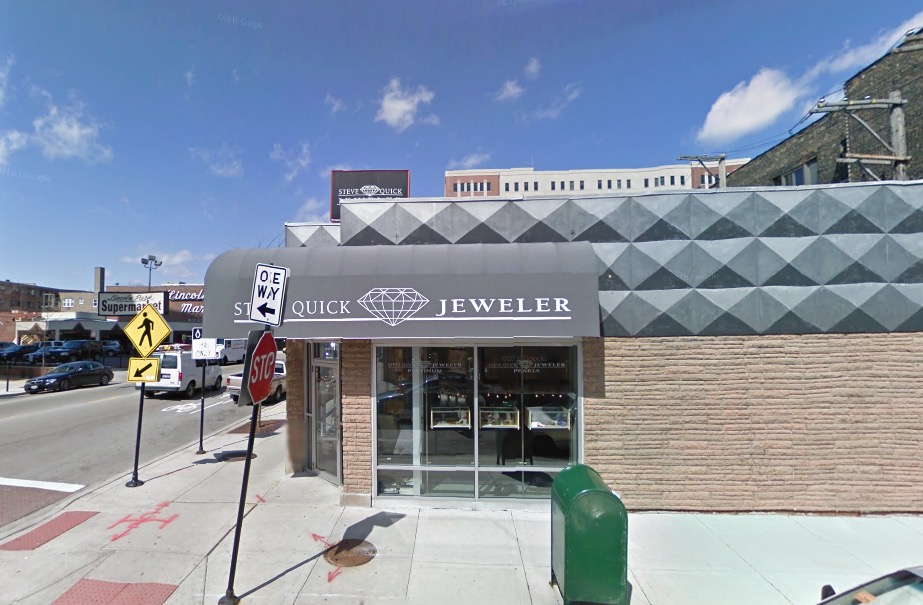 One suspect is due in bond court this afternoon in connection with an early-morning burglary at Steve Quick Jewelers, 2471 N. Clark on Monday. The same store was targeted in a “sophisticated” burglary four years ago.

Police responding to yesterday’s burglar alarm saw two suspects run from the store’s back door around 1AM. One of the suspects was taken into custody after a foot pursuit in the 400 block of W. Roslyn Place. A bag of burglary tools was found nearby, police said.

The second suspect managed to elude officers who continued searching the area for nearly an hour.

In February 2012, thieves made off with an estimated $500,000 worth of gems after they broke into a sushi restaurant next to the jewelry store and then bore a hole in a wall to access the jeweler.

At the time, store owner Steve Quick said he suspected an inside job because the thieves knew exactly how to avoid motion detectors and exactly where to break through the wall.

We will update this story after charges are formalized today.