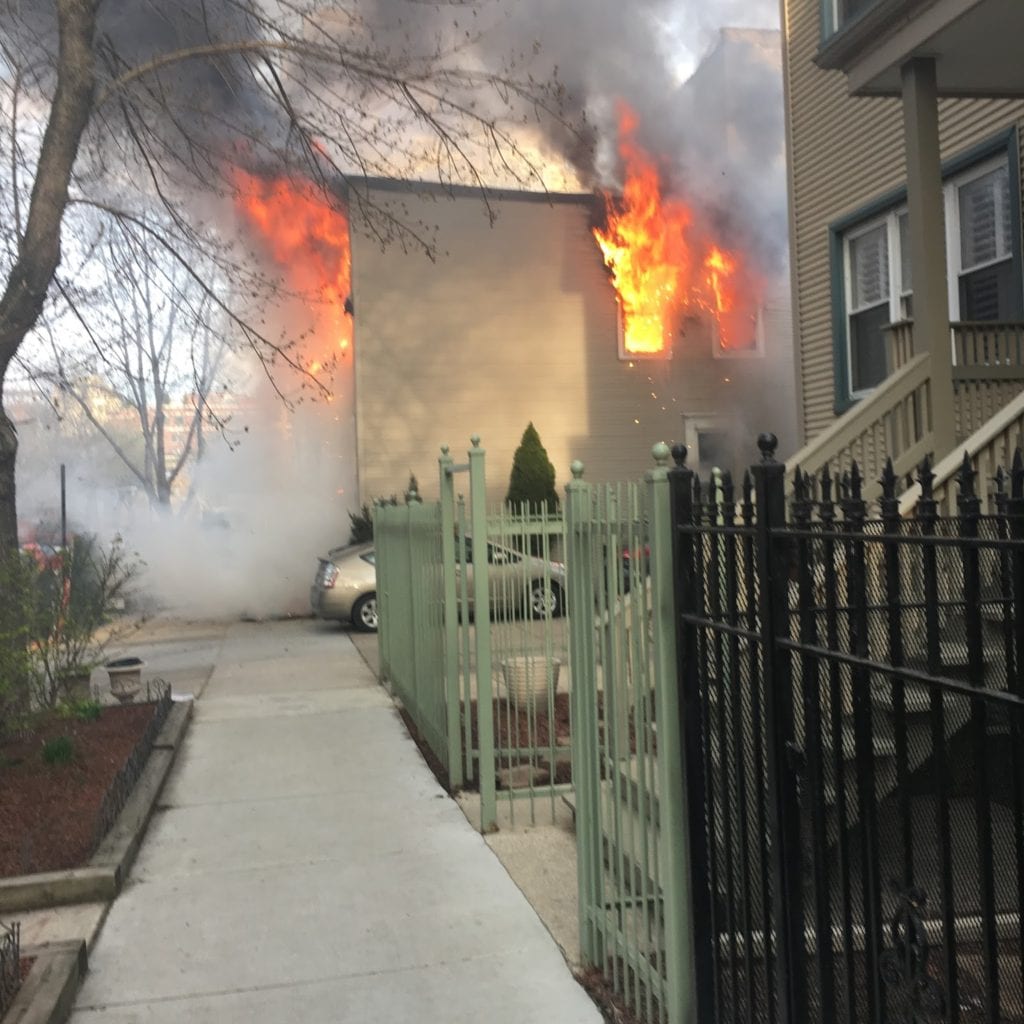 Two people are in police custody after fire swept through an abandoned home in Boystown Sunday evening. No one was injured in the fire, which was reported at 6PM.

Watch video of the fire burning as first responders arrive

Peter Skrabacz lives nearby: “I smelled something outside and when I went out to take my dog I saw the building next door on fire.”

Officers transported two individuals to Harrison and Kedzie in Garfield Park for questioning by arson detectives, a source said.

As of 10:15PM, fire investigators remained on the scene.

It had been listed as for sale by owner since at least 2007, according to a longtime neighbor.