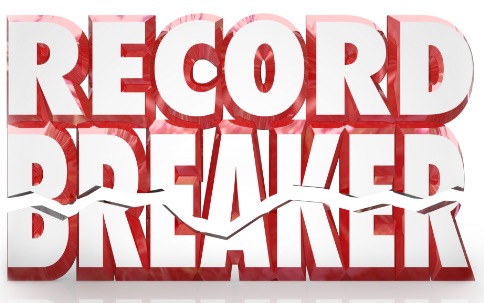 A Wrigleyville man became our neighborhood’s 52nd robbery victim of the year this morning. At least three others have been targeted in robberies and attempted robberies in nearby areas over the past week.

Muggings in Wrigleyville and Boystown are on pace to set a new record high in 2016, with reported cases up 138%.

In today’s incident, a man told police that he was attacked from behind by an offender who jumped him, punched him in the face, and fled with his phone around 3:20AM in the 1000 block of W. Grace.

The suspect is described as a 6’2” tall Hispanic man who’s about 29 years old.

A Lakeview woman told police that she was chased by four men in a black sedan who attacked and robbed her around 10PM on Tuesday in the 3800 block of N. Lakewood.

The woman said one of the men jumped out of the rear passenger-side door, assaulted her, and took her purse. He got back into the vehicle, which fled southbound on Lakewood, westbound on Grace, and then north on Southport, according to a witness.

The offenders were described only as three black men with a driver who may have been female.

A man who called police around 4:15 Thursday morning to report an attempted robbery near Sheffield and Diversey has written a post about his experience on Reddit:

I was walking south on Sheffield towards Diversey. About 1.5 blocks north of Diversey I noticed a man crossing the street diagonally and keeping pace with my steps. As he came closer I stopped and he stopped.

I asked him to keep his distance but he started walking towards me.

At that point I pulled a knife and turned around to find his accomplice about 7ft away, sneaking from behind. I slashed at the second man and yelled at him. After closing a couple of feet between the second man they were spooked and both ran.

Once they were leaving I ran around the block as fast as I could and reported it to the police.

The first man was in his mid twenties, about 5’9″, black with tight short dreads and a red jacket. The second man was closer to 6″1″, mid twenties, black with a black jacket with his hood up. It seemed like he had closer cropped hair (not quite shaved) but again he had a hood on and everything happened very fast.

I’m lucky I escaped that situation without harm. I am posting here to let people know to keep an eye out…Stay safe folks!

A Lincoln Park woman told police that she was beaten up and robbed by two men who attacked her near Seminary and Wrightwood last Friday morning.

The victim said the offenders took her purse and fled southbound on Seminary around 3:30AM.