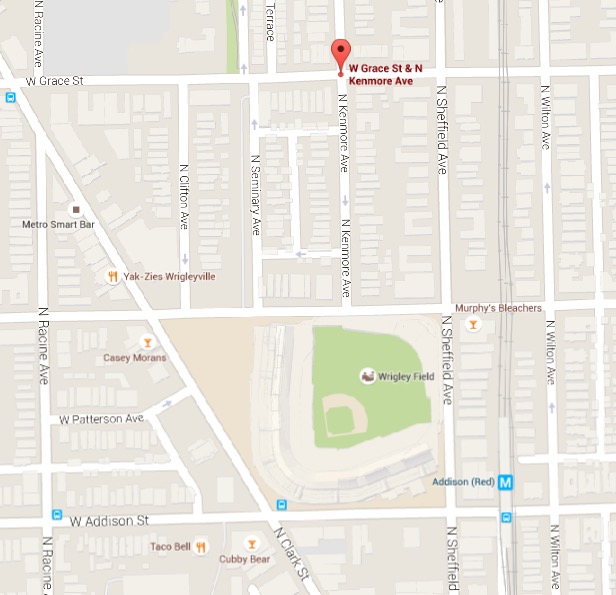 One shot was fired by an off-duty Chicago police officer after two men robbed a woman following last night’s Cubs game and then attacked him.

No one was shot. Both offenders are in custody.

The woman was near the intersection of Grace and Kenmore when she was mugged around 10:40PM, according to a witness. The off-duty officer intervened and fired a single shot when the men turned on him.

Both suspects were immediately taken into custody.

Last night’s robbery was the 59th to be reported in the Wrigleyville and Boystown area this year. Muggings here are up 136% compared to the same time last year.

• A man brandished a knife and robbed a local pharmacy of liquor on Friday.

The offender entered CVS Pharmacy at the Century Mall at 9:20AM, threatened staff members with the knife, grabbed 3 bottles of booze, and fled northbound on Clark Street, according to a witness.

He is described as black, bald, in his mid-40’s, and about 6-feet tall. He wore a black leather jacket, dark jeans, and white tennis shoes.