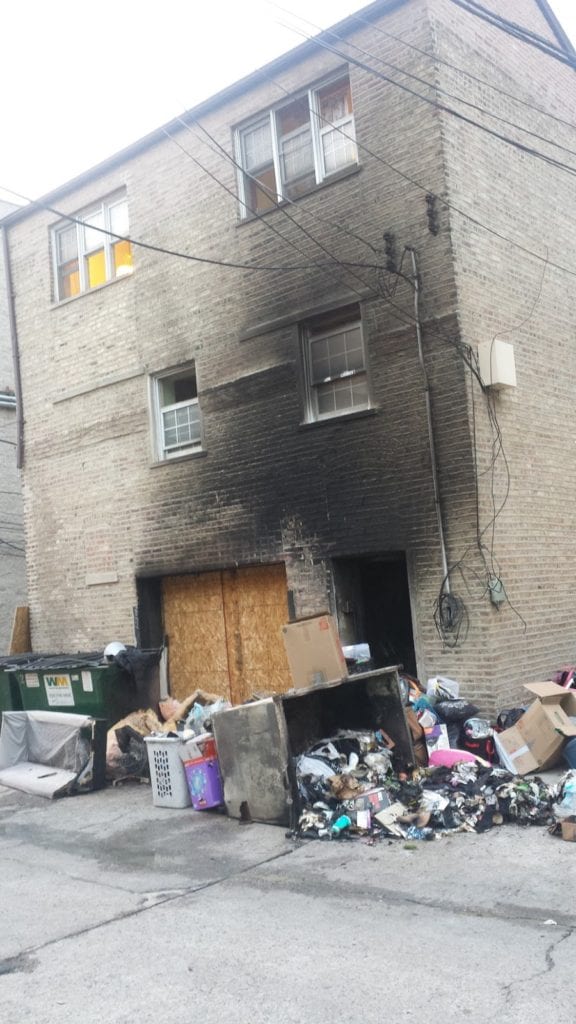 A deliberately-set dumpster fire displaced two Boystown residents Saturday after flames spread to their adjacent home, police said. The fire came one week after detectives warned that someone was setting fires in Lakeview and Lincoln Park alleys.

Arson detectives believe they know the identity of Saturday’s offender, a source said.

Fire was set to contents of a trash bin behind the 900 block of W. Belmont around 2 o’clock yesterday afternoon. The flames quickly jumped to a 3-story coach house which sits behind the Belmont Army retail store.

One of the displaced fire victims relies on a wheelchair for mobility, police said. City services were working with the Red Cross to find temporary housing for that man and one other occupant.

Saturday evening, investigators identified a person of interest in the fire. The man, 54, has a substantial arrest record for relatively minor violations such as trespassing, battery, and drinking in public. He lists a Lincoln Park address. CWB is withholding the man’s name because he has not yet been charged in the fire case.