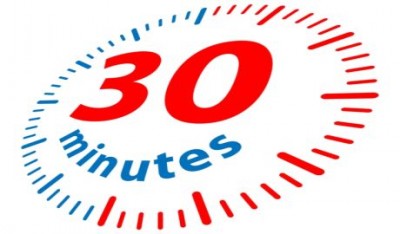 UPDATE 2:15PM—The CPD alert has now been issued. Our original report follows.
——————————
Five people were robbed at gunpoint in less than 30 minutes as a lone gunman swept across the south end of Lakeview late Friday night. No one was injured and no one is in custody. The five victims were targeted in three separate incidents, according to reports.

In the first robbery, a brother and sister were walking near 2901 N. Hermitage at 11:30PM when a single offender walked up, pulled out a black semi-automatic handgun and demanded their valuables.

He was last seen running eastbound on George Street with the woman’s purse and her brother’s wallet.

The siblings described the offender as a black male between 17- and 20-years-old, 5’10” tall, and 160 pounds. He had short hair and wore a black windbreaker (possibly a Nike brand according to a later victim) with blue jeans.

About 20 minutes after the first robbery, a man reported being targeted in a nearly identical robbery near Seminary and Fullerton. The gunman got away with the victim’s iPhone.

Finally, two people were robbed at gunpoint as they walked in the 900 block of W. George Street around 11:55PM.

The robbery offender description and his technique were identical to the two earlier cases, according to investigators.

Friday’s cases are believed to be related to two armed robberies that were reported within 10 minutes Monday evening in Wrigleyville, according to a police source.

Area North detectives were considering the release of a neighborhood alert, the source said.