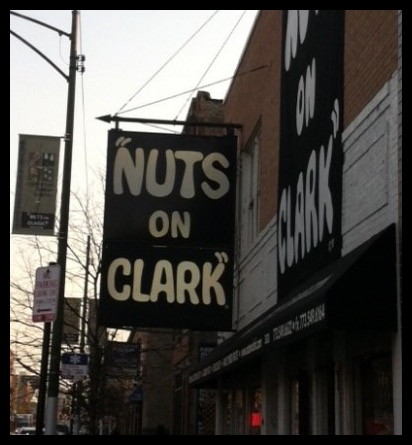 Chicago police have a suspect in custody after Wrigleyville’s Nuts On Clark store was burglarized overnight — for the fourth time two months.

Officers responding to a burglar alarm at 2 o’clock this morning found a rear air conditioning access panel pushed open and a cash register lying on the ground nearby.

A man who resembles the burglar seen in surveillance images was taken into custody nearly 40 minutes later at 3930 N. Clark, police said.

The flagship Nuts On Clark store was burglarized previously during overnight hours on March 29, April 6, and again last Friday.

In each case, entry was made through the rear air conditioning panel and the store’s cash register was found within a block of the crime.

Police found a second cash register in the area this morning. They have yet to determine where it came from.