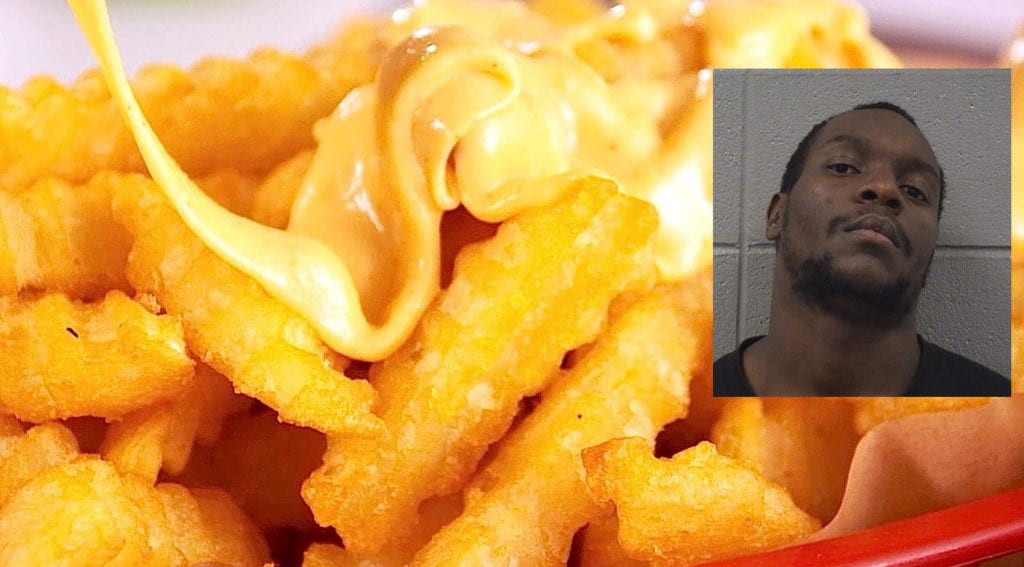 It’s one of the most memorable robbery stories we’ve ever told. And, today, justice was served. Cheese fries, however, were not.

21-year-old Ambassador E. Harney has received an 8-year prison sentence after pleading guilty to taking an order of cheese fries at gunpoint during a June 2015 armed robbery of the Waveland Bowl concession stand, 3700 N. Western.

The state dropped seven other charges in its plea deal.

Prosecutors said Harney pointed a handgun at the bowling alley’s concession stand cashier around 11PM on June 13, 2015, and then fled with a piping hot order of delicious cheese fries. Retail price: $3.

He was arrested less than 15 minutes later on a nearby side street.