A 20-year-old man is in critical condition after being stabbed “right by the heart” during a robbery near Broadway and Montrose Sunday evening, police said. 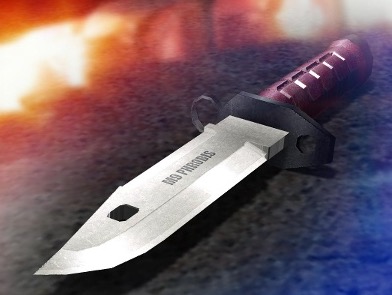 The man and a friend were walking in the area around 11PM when two assailants approached them and announced a robbery. The offenders took a gold chain and a Rolex watch from the friend, then stabbed the second man in the chest before fleeing, according to the friend.

A passing motorist agreed to drive the men to a hospital, but both victims got out of the car at Belmont and Halsted when they saw police officers who were working on an unrelated matter. The driver then left the scene, police said.

Police said the friend was unfamiliar with the area and he could only estimate that the stabbing took place near Broadway and Montrose. The stabbing victim was unable to immediately speak with officers.

According to the friend, both robbers were black men. One of them had dreadlocks and wore black shorts and a black shirt with a square shape on the front.

Image: KRCR-TV
———-
Email us. Facebook us. Twitter us.
About CWBChicago 4360 Articles
CWBChicago was created in 2013 by five residents of Wrigleyville and Boystown who had grown disheartened with inaccurate information that was being provided at local Community Policing (CAPS) meetings. Our coverage area has expanded since then to cover Lincoln Park, River North, The Loop, Uptown, and other North Side Areas. But our mission remains unchanged: To provide original public safety reporting with better context and greater detail than mainstream media outlets.
Website Facebook Twitter YouTube